Earlier this month, Saul "Canelo" Alvarez unified the WBC, WBA, IBF middleweight titles with a twelve round decision win over Daniel Jacobs at the T-Mobile Arena in Las Vegas.

In the aftermath, Canelo and his handlers mentioned WBA super middleweight champion Callum Smith as a future possibility.

Last December, Canelo briefly moved up to 168-pounds to win the WBA's "regular" title with a three round destruction of Rocky Fielding. 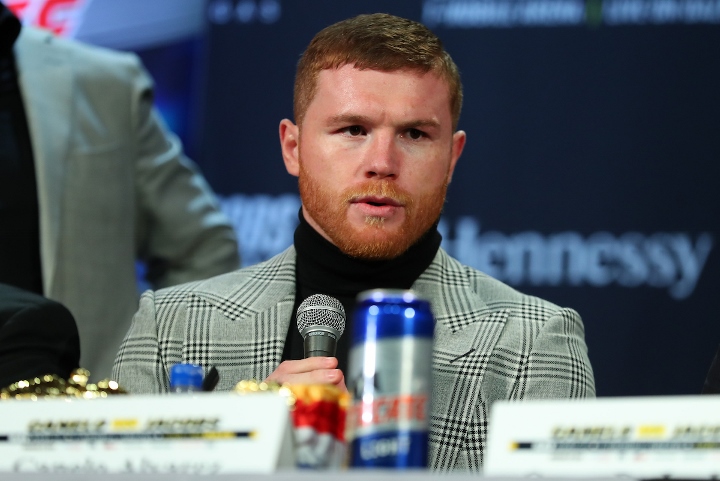 Smith holds a first round knockout over Fielding - and he's very interested in facing Canelo in the ring.

Liam collided with Canelo back in September of 2016 in Texas.

Next month, Callum is going to make his American debut. In June 1, he will appear on the Anthony Joshua vs. Andy Ruiz undercard at Madison Square Garden in New York.

Liam is very confident that his brother is too big and too good of a boxer for Canelo.

“The only thing Callum needs now is that exposure in the States to get his name out there and potentially towards a fight with the likes of Canelo. All the people in boxing know who he is, but he needs to get out there for the public to see him and get established starting on June 1 when he fights on the Joshua bill in New York, before going onto something bigger and unifying the division because he’s the best there is, hands down,” Liam said to Boxing News.

“I’ve always said Callum will beat him. I’m a big Canelo fan, not just because I fought him, as I really rated him before that but size is a big part of boxing. With Callum you’re not fighting someone who’s a big lump and quite good, you’re fighting someone who is massive at the weight and is not just interested in getting a nice payday. He can do everything.

“I’d fancy my chances against bigger men who aren’t the best, but when you’re fighting a man whose big and also very good, it is twice as hard and that’s the difference with Callum, which Canelo will find out if they do fight.”

GOATnelo would end your brother's undefeated record too

Have that Brit fight Benavidez or Zurdo Ramirez....will get KTFO...

Why Canelo always wants to fight Tomato Can britishers. One More Bum Smith getting Ko'ed

Will if Canelo wants to win an actual title at 168 and not a regular one, and face an actual champion in the division and not some c level leftovers of the real champion, Smith would be the way to…