The Newcastle lightweight will take on the Belgian for the vacant European title.

Ritson is the outright British champion, having secured three successive defences in a short nine-month period.

But after reigning domestically, the 24-year-old will look to move to the next level on October 13 at the city’s Metro Radio Arena. 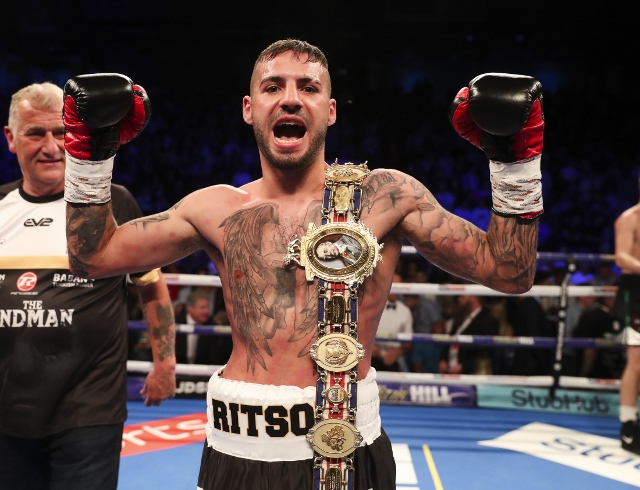 The card which Ritson’s clash with Patera will top is also set to feature Olympic bronze medallist and WBA International light-heavyweight champion Joshua Buatsi and Yorkshire heavyweight David Allen, who is riding on the crest of a wave after his fourth-round stoppage of Nick Webb at the O2 Arena in London back in July in a British title eliminator.

“I’ve dealt with all the top operators at domestic level and now it’s time to announce myself on the European stage,” said Ritson after the fight was confirmed. “I’m feeling unstoppable right now and I’m ready to take on anyone that gets put in front of me. The Metro Radio Arena is my fortress and nobody is beating me in my backyard. The noise my fans make inside the arena is incredible, it’s like there’s two of me in the ring!

“Patera has held the European belt so we know that he poses a real threat and I’ll have to be at my best to get past him. I’ve been told there’s not much between Patera and Tatli in terms of ability and style. Patera looks big at the weight and is a busy fighter, I’m expecting an exciting fight.

“He’s a good opponent, but it’s nothing we don’t think we can handle on the night. I feel like I am improving with every fight and with the form that I’m in, I’m confident of beating anyone.”

Patera, 25, will be known on UK shores for his fight against Birkenhead’s Sean Dodd, at the ECHO Arena in Liverpool, back in October 2016 when the pair clashed for the WBC International belt.

And though he has since won and lost the European belt against Edis Tatli, who decided to relinquish the belt earlier this week, both times, Patera will be going in to the fight full of confidence after returning to winning ways back in May.

Commonwealth super-lightweight champion Glenn Foot will also box on the card in a clash against Robbie Davies Jr., the Liverpudlian who is the current WBA Continental king, as the pair vie for the vacant British belt.

Further details regarding the card will be revealed in due course.

Nice one. Lewis Ritson is a really fan-friendly fighter.

[QUOTE=BigZ44;19054965]Was just about to post this, good fight at this stage for Ritson. Tatli vacated the belt and then Petit ran from his mandatory challenger spot to allow Patera in. Patera split 2 fights on the road against Tatli and…

Will Retain still be boxing in Birmingham on the 8th?

Any news on who Allen will be fighting?

Easy work for Ritson, I imagine they feed Burns or Crolla to him soon