Bunn was stronger, quicker and more skilful as he dominated his more experienced opponent until the referee waved off the fight in the ninth round. Having captured his first professional title in front of a capacity crowd in his hometown arena, the 26 year-old moves closer to a World title challenge.

“To achieve such a victory here in Frankfurt in front of my home crowd is outstanding,” said Bunn. “I’m incredibly pleased to win my first tittle and want to thank everyone who has accompanied me on this journey so far. I am now looking forward to the bigger the challenges that lie ahead.” 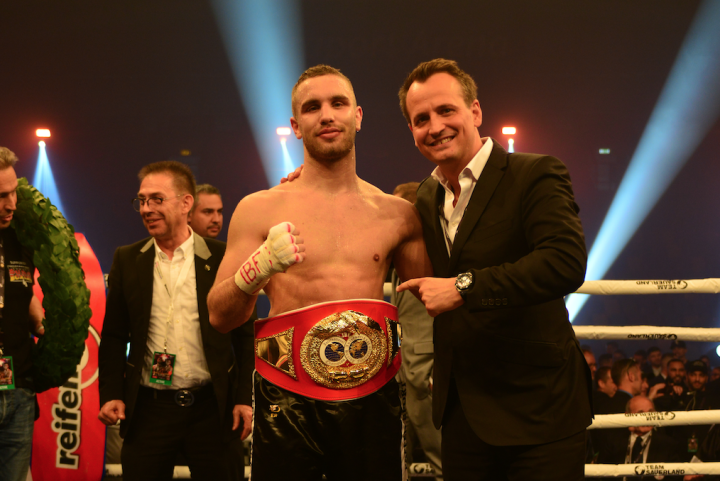 Bunn’s performance earned him the praise of his coach Ulli Wegner, who was delighted with his student’s performance. “Congratulations Leo, as I always call him,” said Wegner “Everyone knows that I'm rarely completely satisfied, but that was great. I’m very impressed with what Leo showed today!"

Promoter Nisse Sauerland shared in Wegner’s delight. “We at Team Sauerland are incredibly proud of Leon Bunn,” said Sauerland. “He has shown that he has great potential, and now the bigger fights can come.”

Abass Baraou (6-0, 3 KOs) secured his sixth professional victory and has now beaten two former World Champion in his last two fights. The classy German dominated his South African opponent Ali Funeka (40-11-3, 32 KOs), before finishing him with a flurry of punches in the fifth round.