Junior lightweight contender Lamont Roach Jr. (19-0, 7 KOs) has extended his promotional agreement with Golden Boy as he prepares to take his first shot at a world title.

"We are delighted to be extending our agreement with Lamont Roach Jr.," said Oscar De La Hoya, Chairman and CEO of Golden Boy.

"Since the very beginning, we have had faith in Lamont, and he has had faith in us. This mutual trust and commitment have paid off as he'll now be fighting for a world title, and I'm confident that we will have a new world champion in our family. We're proud of what he's accomplished, and we are excited about what's to come." 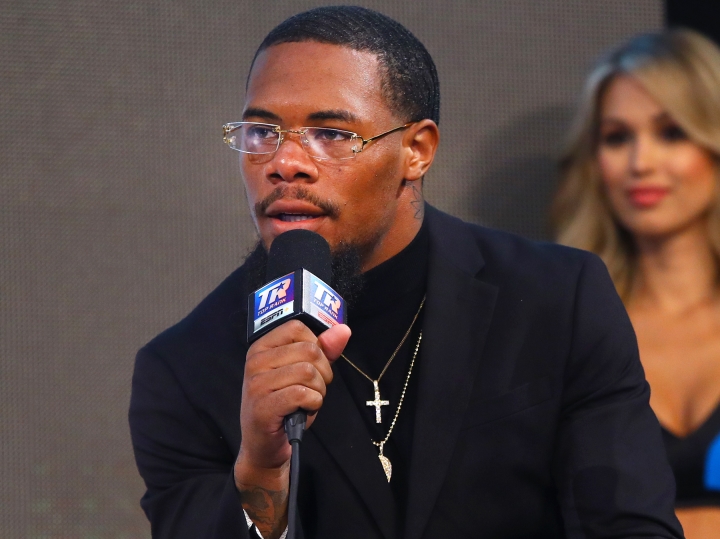 Roach Jr. is a 24-year-old native of Washington, D.C. who developed an impressive amateur background by fighting all over the country. In April 2014, Roach Jr. made his professional debut under the Golden Boy banner. Since then, he has steadily become a top contender, fighting on some of the biggest cards in boxing, along with international fights in Mexico and Puerto Rico.

Now, Roach Jr. will face the biggest test of his career as he takes on New York native Jamel Herring (20-2, 10 KOs) for the WBO Junior Lightweight Championship in a bout promoted by Top Rank in association with Golden Boy and streamed live on ESPN+.

"My re-signing with Golden Boy is a message within itself," said Lamont Roach Jr. "Obviously, I love the way my career has been moved. They have always believed in me. Look at the way things are going! I'm about to bring them a world championship. I'm a superstar in the making, and I would not be here without them."

GBP: "Look at my African-American."

[QUOTE=Albertocrn;20062688]Go to goldenboypromotions.com you can see they have some African american fighters on their stable...[/QUOTE] 95% of PBC boxers were GBP fighters. I am pretty sure GBP is getting some percentage out of the fights after they had that litigation…

[QUOTE=Oldskoolg;20062476]Is he the only African-American fighter at GBP?[/QUOTE] Go to goldenboypromotions.com you can see they have some African american fighters on their stable...

[QUOTE=Oldskoolg;20062476]Is he the only African-American fighter at GBP?[/QUOTE] I think so. GB needs to be smart and sign black, euro, Russian and Asian fighters. They shouldn't just rely on Hispanics