Kownacki: After Helenius, I Want The Wilder vs. Fury Winner!

Polish heavyweight Adam Kownacki (20-0, 15 KOs) is looking to secure a world title shot in his second fight of the year.

Kownacki will return to the ring in a WBA world title eliminator on Saturday, March 7 from Barclays Center, in Brooklyn, New York.

The opponent on the other side is veteran Robert Helenius, who will enter the ring as a significant underdog. 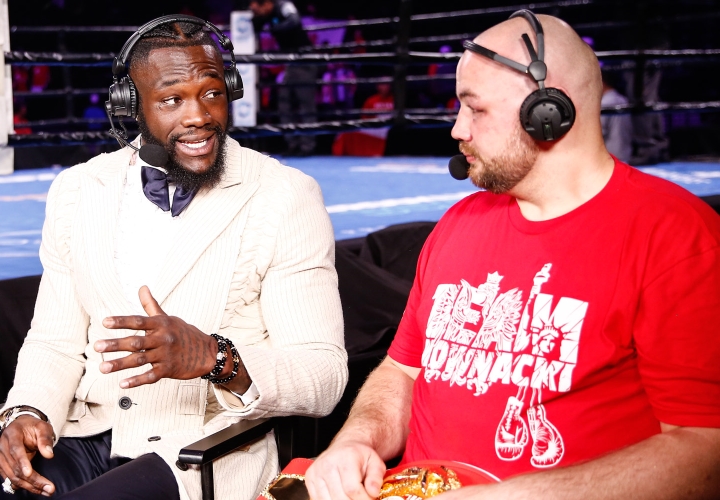 Kownacki, 30-years-old, has stopped five of his last seven opponents.

In his most recent fight, he picked up a dominant decision over another veteran, Chris Arreola, back in August. Earlier in the year he stopped Gerald Washington, who owns a stoppage win over Helenius.

Kownacki has made the Barclays Center his second home, with the contest against Helenius being his tenth appearance in the venue.

The Polish boxer plans to keep a close eye on next month's rematch, between WBC heavyweight champion Deontay Wilder and challenger Tyson Fury. Their bout is scheduled for February 22 at the MGM Grand in Las Vegas.

After Wilder-Fury is over, Kownacki wants the winner.

"It's great to be fighting in Barclays Center for the tenth time," said Kownacki. "The last nine bouts ended in victory for me, and March 7 won't be any different. I'm happy that FOX is showcasing the fight on free television like it was back in the old days, and with the action my fights bring, it's definitely must-watch TV.

"I know Helenius will be looking to pull an upset and take my place in the rankings, but I won't let that happen. I'm already in camp with my trainers Keith Trimble and Chris Carlsen getting ready. After this fight, I want the winner of Wilder vs. Fury II."

Really excited for this. I expect Kownacki to cut off the ring on Helenius and get a mid-rounds stoppage. I have some doubts that Whyte or Ruiz would fight him, but those would be action-packed wars if we're lucky enough…

Just check the scorecards, and you see what I mean.

[QUOTE=DougalDylan;20331901]Err whyte wishes been number 1 for 800 days and is mandatory and never had a belt shot. Let's face it next will be kowanaki, al will find way but don't try and justify it.[/QUOTE] Poor dillian how terrible they…

[QUOTE=Haraldsen;20334190]Well, Washington was extremely lucky vs Helenius, who was leading the fight significantly. Helenius got careless just before the end and it was a bad mistake. He wont do that again. If he'd wann that fight he'd be about nr…