Kownacki, Breazeale in Play March 7 at Barclays Center on Fox

Undefeated heavyweight contender Adam Kownacki is inching toward finalizing an opponent for his 2020 debut.

The Polish pugilist Kownacki (20-0, 15 KOs) is in line to face Dominic Breazeale (20-2, 18 KOs) on March 7 at the Barclays Center in Brooklyn in what would be a nationally televised fight on Fox, a source with direct knowledge of the negotiations told BoxingScene.com

Breazeale is leading a pack of a total of three opponents that also includes contenders like Christian Hammer (25-6, 15 KOs). A forthcoming official announcement is imminent. 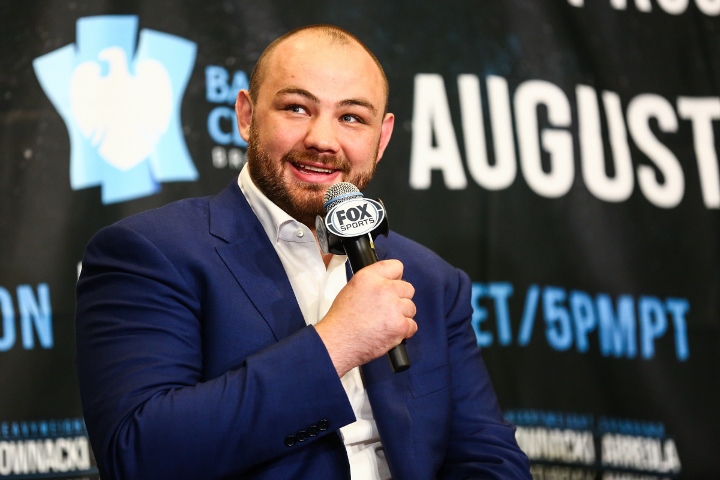 The 34-year-old Breazeale is 3-2 in his last five fights, with his only two career losses coming via KO to Anthony Joshua in 2016 and Deontay Wilder in 2019.

Either Breazeale or Hammer should provide the popular Brooklyn brawler Kownacki, who draws large Polish contingencies in somewhat of a second home at the Barclays Center, a test as he looks to shape himself as a serious player and title contender in the competitive heavyweight landscape.

Kownacki is coming off a strong 2019 that was highlighted by wins over Chris Arreola via unanimous decision in August in an all-out slugfest, and Gerald Washington via TKO last January.

Any news on undercard?

I like the upset here. Breazeale will stop him

[QUOTE=REDEEMER;20309247]This is a lie. He was off twitter for 2 weeks and posted on instagram with his kids in a pool and answered questions for the fans ? You’re always lying .[/QUOTE] :lol1: okay :lol1: I really don't give a…