For better or for worse, November will be a month which Sergey Kovalev will never forget.

The light heavyweight titlist from Russia is deep into training for the second defense of his third reign, coming in a Nov. 2 superfight versus Mexico’s Saul ‘Canelo’ Alvarez (52-1-2, 35KOs) at MGM Grand in Las Vegas, Nevada. What lies ahead, however, is perhaps a more significant fight—one outside the ring and which will mark the official starting point to determine whether he remains a free man.

A court date of Nov. 25 has been set aside at the Superior Court of California in San Bernardino County, where the boxer will stand trial for charges of felony assault by means of force likely to cause great bodily injury. The case dates back to Kovalev’s arrest last June in Big Bear, California. 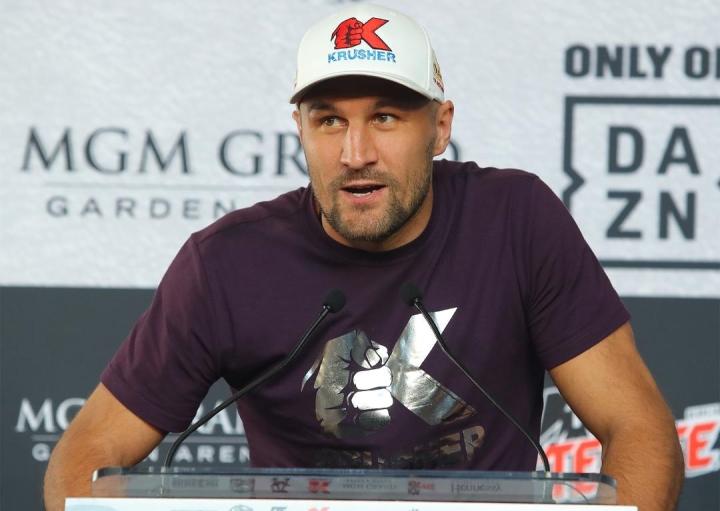 According to court documents, the alleged victim—JamieFrontz, who has also filed an $8 million lawsuit against the boxer—reported to authorities of her being attacked by the boxer after rejecting his alleged advances at a party held earlier in the evening.

Kovalev (34-3-1, 29KOs) and one of his friends allegedly followed Frontz to her cabin, the location of the alleged attack where she claims to have suffered a broken nose, a concussion and a displaced disk in her neck after being punched in the face. Bail was posted for the boxer four days later, as he was freed on a $50,000 surety bond which remains active. Kovalev entered a Not Guilty plea during a disposition hearing last August, coming 23 days after his upset knockout loss to Eleider Alvarez in their first fight.

The in-ring loss cost the boxer his second title reign, all while his arrest and the ongoing court case was kept hidden from the media. News of the ongoing development came to light this past January by TMZ Sports, shortly before his rematch with Alvarez whom Kovalev soundly outpointed to regain his title.

In between the start of his third title reign and his most recent title defense—an 11th round knockout of previously unbeaten Anthony Yarde (18-1, 17KOs) this past August in Chelyabinsk, Russia—came a pivotal development surrounding the alleged assault, when the state made its case to move forward with charges.

“We conducted a preliminary hearing on April 4th, 2019 where Mr. Kovalev was held to answer, meaning a judge determined that there was sufficient evidence for the case to proceed to trial,” Jason Liso, lead deputy district attorney for San Bernardino County told BoxingScene.com. “Mr. Kovalev is charged with California Penal Code Section 245(a)(4) as a felony, which has a maximum punishment of four years in the state prison.”

A court hearing was held on Oct. 3—for which Kovalev was present along with defense attorney Dmitry Gorin—where Judge Dwight W. Moore ordered the Nov. 25 jury trial date to begin, with a pre-trial court date set for Nov. 18.

The court date comes within the guidelines of the hearing, where trial was due to begin no later than 60 days after the Oct. 3 hearing.

Despite his legal woes, Kovalev has not missed a beat in the ring, even if suffering a loss along the way. The bout with Alvarez—the reigning World middleweight champion who moves up two weight divisions for the DAZN-streamed event—will net the Russian boxer a career-best eight figure payday, along with marking his fourth fight since said alleged assault in question.

It will pale in comparison to the rate of activity he will endure in in the first and last week of November.

[QUOTE=saopaulo;20116383]this has nothing to do with the op[/QUOTE] It shows a pattern of criminal behavior versus women.

[QUOTE=champion4ever;20112649]Let's get it together fellas! You both knew what I meant. Let's not get cute here. Don't you try to pull that sh[COLOR="Black"]it[/COLOR] on me by deliberately misconstruing and distorting my words. You all know me and how I get…