The fight would take place on March 23 at Madison Square Garden in New York City - and on ESPN Pay-Per-View.

At the same time, Khan has the opportunity to face his longtime rival, Kell Brook, in the first quarter of 2019. 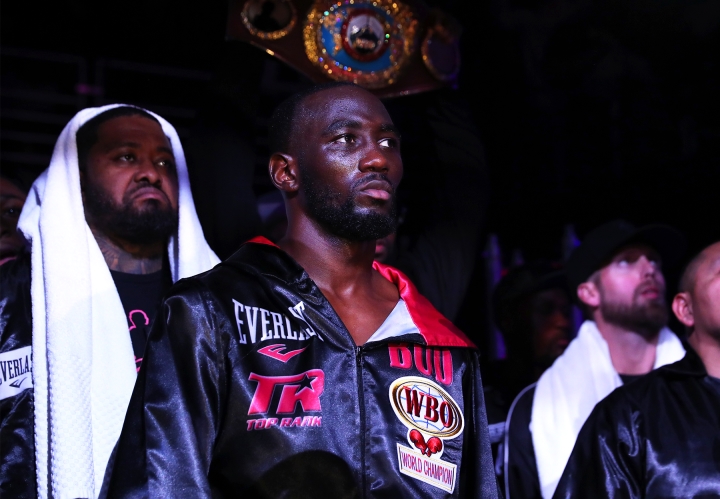 Brook, who returns in a stay-busy fight on Saturday night in Sheffield, was hoping to face Khan next.

Now that contest is in jeopardy - after promoter Eddie Hearn of Matchroom was working on the deal since the start of the year, when he entered into a multi-fight promotional deal with Khan.

But Khan believes there are several upsides with Crawford - including his world title and his recognition as being the best pound-for-pound fighter in boxing by many experts.

Khan believes the contest with Brook can be done at any time - while a contest with Crawford may not be there in the future.

"There are other fights out there at the moment, like pound-for-pound champions, that is on the table for me. And I think that’s a fight which might never, ever come in my lifetime again. The pound-for-pound title is back in the welterweight division," Khan told Daily Express.

“It’s Crawford. Crawford has the pound-for-pound title and I’ve got that fight right in front of me, so I want to take that one. It’s either that or the Kell Brook fight.

Just hope that Crawford hammers Khan and doesn't mess around with a staged finish like he did last fight. Is there any way Crawford can be stirred up by some fake news that Khan is racist or something?

[QUOTE=DramaShow;19323275]He earns way more against brook, thats the biggest fight for him by some distance. Hes made every excuse under the sun not to fight brook and every single time it could be made Khan suddenly decides 'its not the…

i'd watch that fight. would love to see how tc deals with the speed. I can see him adjusting in a few rounds.

khan just needs to go away... brook fight is the biggest for him.