Khan Admits: I Took Canelo Fight Because I Was Desperate

British superstar Amir Khan (31-4, 19 KOs) admits that he was "desperate" for a huge fight when he accepted the opportunity to move up to a catch-weight of 155-pounds to challenge then WBC middleweight champion Saul "Canelo" Alvarez back in May of 2016.

Khan used his speed and boxing ability to take an early lead, but he was knocked out cold with a huge shot in the sixth round, before a packed crowd at the first ever boxing event to be held at the T-Mobile Arena in Las Vegas.

Khan will return to the ring, after nearly two years, this coming Saturday night when he faces Phil Lo Greco at Echo Arena in Liverpool. 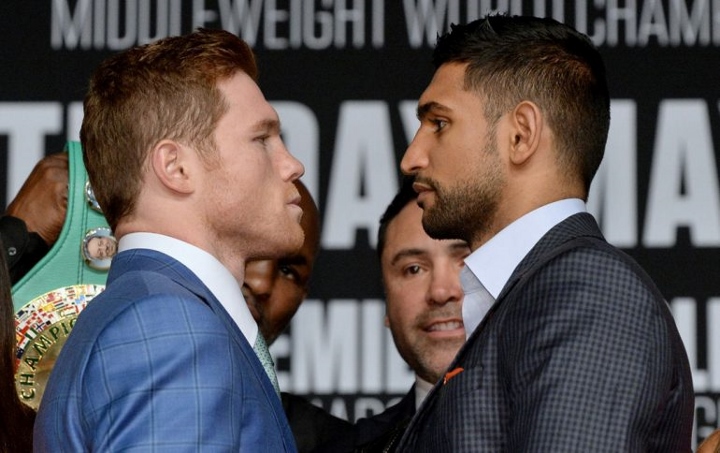 And year after year, he was rejected or strung along for months.

"I really wanted a big super fight and I wanted my name up on the Vegas strip. It's always been my dream. The Mayweather fight got so close many times, which never seemed to happen. Should I have taken that fight? Maybe not. It was a massive opportunity for me. I don't regret it no.

After that contest, Khan got an operation to heal a lingering injury to his hand - and now he believes that he's better than ever.

"My hand was always bad. I was quite scared to get it operated on. After the Canelo fight, is when I decided to get it fixed properly. It took me a little bit longer to recover from the hand op than it should have," Khan said.

khan is a superstar!!!

[QUOTE=Sledgeweather17;18675982]Big fights in vegas don't just land on your lap. Fighting and beating Brook in a super fight in wembly would have guaranteed him a shot at Floyd in Vegas. Floyd always fought guys coming off of their biggest performances.…

[QUOTE=Ray*;18675182][B]F[/B]ucking moron, so he had the Brook fight there, massive pay, massive domestic grudge match but he was “Desperate?”. This is why some people have a hard time warming to him.[/QUOTE] Agreed, Khan had a massive potential fight with Brook…

Hunter and Khan's team should've realized after the Chris A. Fight that he was having problems with a bigger man . Amir was lucky Chris has pillows for fist s cause he was all over Khan in that fight so…