Kash Ali is hoping to get a rematch with Olympic bronze medal winner David Price.

Earlier this year, Ali went viral for the wrong reasons - when he was disqualified for biting Price in their heavyweight scrap.

The British Boxing Board of Control banned Ali for six months and fined him £10,000. 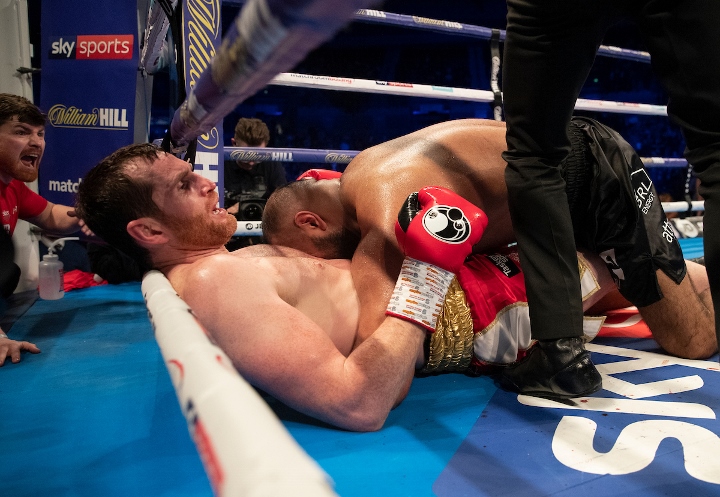 During the fifth round of their fight, Price had Ali in some trouble - which saw Ali tackle Price to the ground, and then he bit him on the torso.

Ali believes Price was starting to fade, and a rematch would answer some questions on what would have happened.

"The truth is that nobody really knows. It was just starting to get interesting," Ali told Sky Sports. "Apart from the bite it was give and take, a decent fight. He was starting to fade before the incident. With me, there is a question mark. People will wonder 'is he better than that?'"

"I will never get over it because I know it was wrong, but I have to move on. I can't just sit back and be sad about it. It wasn't a true reflection of me, what happened. From now on people will see the true me. I will definitely come back. I didn't feel out of my depth. I know what to expect on the big stage and it can only improve me.

"I knew the fight would be difficult for three or four rounds. I had my best success in the fifth round before the incident. Price caught me with some good shots but then started fading."

For that to happen, Price would have to overcome a very tough task this Saturday, when he faces David Allen on the undercard of the Dillian Whyte-Oscar Rivas undercard.

If Price loses, he admits his career could be over, so Ali would love to see his former foe come away with his hand raised to set up a rematch.

"I would love to fight him again. It would be a massive rematch," Ali said.

Hope this guy never gets another opportunity, he's a disgrace

Why is this idiot not suspended?

that fight was awful, Guess Ksah is hungry again

kash Ali delusional. no way he lands that fight. he's part of the who needs him club, may even see him crossover to one of those bareknuckle UK boxing shows .

[QUOTE=BigZ44;19905665]Kash Ali vs winner of Tom Little/Lucas Browne. I'd love to see the build up between Little and Ali, Tom probably shows up to the weigh in with fake vampire teeth :lol1:[/QUOTE] Or he'd go full Hannibal Lector - muzzle,…