Julian Williams To Not Pursue Immediate Rematch With Jeison Rosario

Jeison Rosario might not have much say in whom he faces for his first title defense, but can take comfort in knowing his next move won’t be restricted to a contract clause.

BoxingScene.com has learned that former unified junior middleweight titlist Julian ‘J-Rock’ Williams does not plan to enter an immediate rematch with Dominican Republic’s Rosasio (20-1-1, 14KOs), against whom he suffered a title-conceding 5th round knockout loss this past January in his Philadelphia hometown.

The voluntary title defense came with the option of running it back, but sources have alerted BoxingScene.com that Williams (27-2-1, 16KOs) will instead use the time to recover from recent surgery. 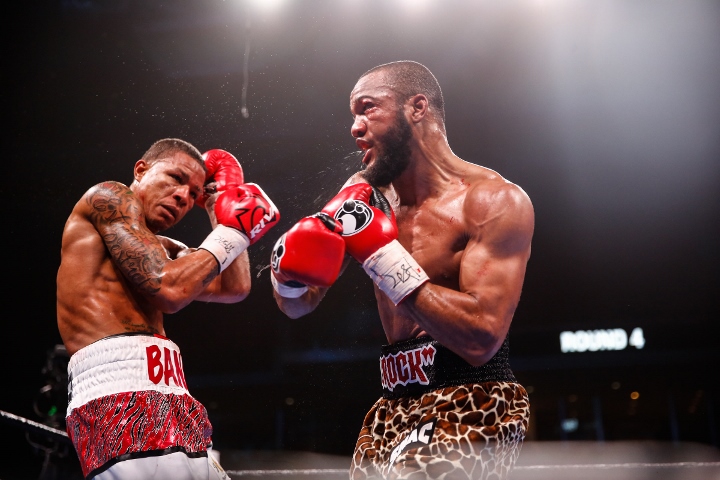 ESPN.com’s Steve Kim was the first to report the development.

Representatives from the respective camps of Rosario and Williams did not respond to inquiries from BoxingScene.com seeking comment as this goes to publish.

Interestingly, the move mirrors the scenario presented to Williams following his 12-round win over then-unbeaten Jarrett Hurd to becoming a unified champ. Their May 2019 thriller—which took place in Hurd’s home region of the greater Washington D.C. area—also came armed with a rematch clause,. Hurd (24-1, 16KOs) previously considered exercising the option before opting to take his career in a different direction—complete with his working with a new trainer for his most recent bout, a 10-round win over Francisco ‘Chia’ Santana this past January in Brooklyn, New York.

The bout came one week after Williams’ long overdue but ultimately spoiled homecoming, which saw Rosario pull off the upset to extend his unbeaten streak to nine straight. While the development means the Dominican sharpshooter can look elsewhere for his first title defense, it doesn’t mean the search will expand very far.

Rosario—who turns 25 in April—is one of several notable junior middleweights who fights under the Premier Boxing Champions (PBC) banner. That roster also includes two-time World Boxing Council (WBC) titlist Jermell Charlo (33-1, 17KOs), who regained his strap in an 11th round stoppage of Tony Harrison last December in a rematch to Harrison’s upset decision win exactly one year prior.

Heavy speculation has swirled of the potential for a unification bout between the two, a natural knee-jerk reaction anytime two titlists under the same conglomerate are without an opponent for their next fight.

However, with the inheritance of a major title—especially more than one—in a voluntary fight often comes mandatory obligations. One such challenger awaits Rosario, as Russia’s Bakhram Murtazaliev (17-0, 13KOs), a 27-year old now based out of Oxnard, California has been in that position since a 12-round win over Jorge Fortea last November in Las Vegas, Nevada.

Whatever choice Rosario makes—or has made for him—for his next fight could still leave him with a scheduled bout waiting in the wings. Williams plans to pursue a rematch possibly later this year according to sources, even if not immediate and assuming Rosario is still a champion by then—a wild card given the turnover atop the junior middleweight division in the past couple of years.

[QUOTE=HaymonsWorld;20451879]This loud mouth [B]bum[/B] was bashing hurd for not taking the rematch! Now like a phony he is in hiding and wont even say it himself hahaha.... #karma[/QUOTE] Again? Stop calling boxers with belittle names, also you have to stop…

I completely understand this move. No rush, also I want that surgery to cure full health. Bread know how to work with Julian Williams and he doing the best for him, because Rosario is dangerous for Julian Williams in a…

I don't see the resentment for J-Rock. He seems like a good dude who seems to be trying to clean the sport of boxing up by demanding stringent testing. Isn't that what all of you say you want? I know…

The great "Canelo Conqueror" Williams is scared of a Dominican club fighter?

Pathetic. They don't make 'em like they used to anymore.