Back in June, Ruiz stopped Joshua in seven rounds to capture the WBO, WBA, IBF, IBO heavyweight titles. Following the loss, Joshua wasted no time in exercising his contractual right to an immediate rematch.

The rematch is set for December 7 in Saudi Arabia.

“It’s easy for people to say ‘Oh he should have two or three warm up fights’, but that’s not realistic. He’s a world heavyweight champion and he’s lost his title to Andy Ruiz, who is obviously a great fighter, but he doesn’t work to the level that AJ’s been boxing and the magnitude, the preparation and the time that goes into that," McCracken told thesportsman.com.

“To go away and have two or three warm ups is probably not realistic and that’s why you go back into the rematch. All heavyweights who have lost their titles have gone back into rematches to try and get the win. At this level, with all the preparation, you get a couple of fights a year, it would be difficult to have a few warm up fights. Anthony needs to take the rematch, he needs to be 100% prepared and I think it’s a fight he can win. Anthony has been a champion since 2016, now he’s lost the titles and he wants to get them back. That’s what happens in the sport at this level. A heavyweight champion will take the option to get his titles back and redeem himself.” 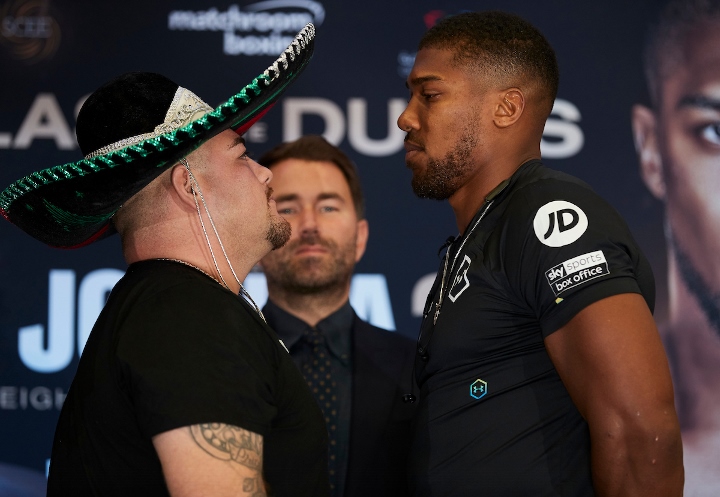 After Joshua was defeated, there were calls for a new trainer to replace McCracken. Even Hall of Famer Lennox Lewis urged Joshua to parts ways with his current coach.

And the veteran coach is not surprised with those calls, which traditionally happen when a fighter tastes their first defeat.

“I think those comments are predictable. You have people in the sport who look at the negatives and you have those who try to make it better and make it work going forward," McCracken said.

“It’s nothing I care too much about. Me and Anthony have a great relationship, he doesn’t just train with me, he trains with a variety of people over the years, but I’m the head coach whilst he wants me to be head coach. He’s a great guy, we get on very well and I believe he can achieve other great things in the sport.”

“There’s always new faces but the reality is that I’m Anthony’s lead coach, I have been since he turned professional. There are new faces as well and they’ll become more obvious as we go on. We have a big team of people and we’ve always had that.”

Absolutely Can't have peace of mind with that fluke hanging over his head.

[QUOTE=_Rexy_;20050236]Bellew went from what? 211 to 199? Damn, totally weight drained :lol1: And he didn’t struggle at all. You Brits need to hop off that narrative.[/QUOTE] Bellew ballooned up after the Haye fight and was on a zero-carb diet the…

Every single ****ing article to do with Ruiz or Joshua has AT LEAST a paragraph of what happened in the first fight. I've read it about a thousand times now. Why can't these media outlets or publishers get enough new…

[QUOTE=P4Pdunny;20050216]I feel you, I'm actually tired of this whole triangle of AJ, Fury and Wilder. I feel if Ruiz wins the rematch he will do the same things as Fury and Wilder. That is why AJ gets my backing over…

[QUOTE=rckdees;20049701]Of course he had to take the rematch it’s a cash out fight[/QUOTE] Damn Straight. Why else would they got to Saudi unless they knew they could make the most and pay Ruiz the least. Win or lose it will…