Roughly 78,000 fans packed Principality Stadium in Cardiff, Wales, to watch England’s Joshua stop Carlos Takam in the 10th round of their heavyweight title fight. Showtime’s live broadcast of Joshua-Takam drew an average audience of 334,000 viewers, according to ratings released by Nielsen Media Research on Tuesday.

Showtime’s live telecast began in the afternoon in the United States (5 p.m. ET/2 p.m. PT). The average viewership for the premium-cable network’s same-day replay, which started at 10:40 p.m. ET/PT on Saturday, was 309,000. 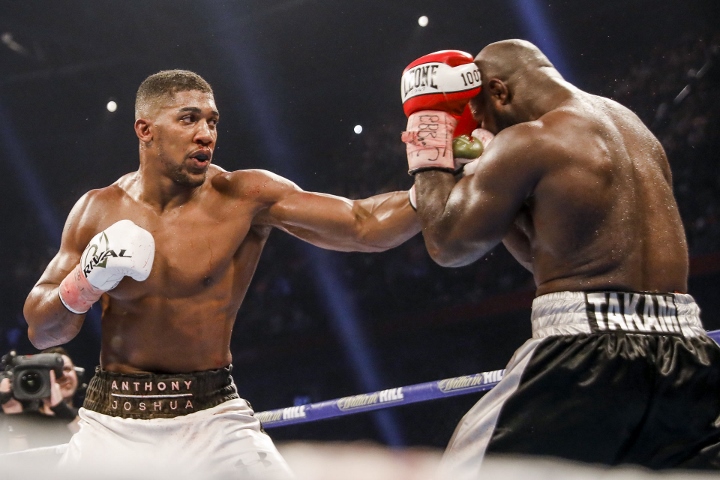 Joshua’s last live fight on Showtime drew higher ratings, but those ratings reflected the magnitude and entertaining nature of that bout, despite that it also began in the afternoon in the United States.

That fight – Joshua’s career-defining, 11th-round stoppage of long-reigning former heavyweight champion Wladimir Klitschko – drew a live average audience of 659,000, nearly double the viewership of Joshua-Takam. The Joshua-Klitschko same-day replay, broadcast by HBO, was watched by an average of 738,000 viewers.

A capacity crowd of approximately 90,000 filled London’s Wembley Stadium for the Joshua-Klitschko fight.

The 28-year-old Joshua scored a knockdown against the rugged Takam in the fourth round and opened cuts around both of Takam’s eyes. The determined Takam never stopped coming forward, though, and made it difficult for Joshua to land clean punches on him.

Joshua shook Takam with a right hand in the 10th round and followed up with multiple punches that didn’t connect cleanly. Referee Phil Edwards still stepped in for what was widely viewed as a premature stoppage at 1:34 of the 10th round.

[QUOTE=Boxing42;18178086]You must be a limey that's mad your country can't produce great fighters like ours[/QUOTE] Greats like Wilder, Breazeale,Molina and Martin? Lol you can keep your greats.

[QUOTE=LetOutTheCage;18177021]What a great insult, you must be American.[/QUOTE] You must be a limey that's mad your country can't produce great fighters like ours

He will fight in the US

No one is saying AJ needs the US...yet. 20M-what he made on the Klitschko fight- dollars is nothing to sneeze at. But, he isn't going to get the 30M and 40M and up paydays from Britain and Germany alone. Sooner…