Joshua: Not Really Interested in Povetkin, I Hope Wilder Happens

The biggest fight in boxing is being negotiated between the two sides, with the hope that it takes place in the fall.

“That’s the next fight hopefully,” Joshua said to PepTalkUK. “I’ve got my hands free, I completed my task against Joseph Parker and I feel refreshed now because I feel like that’s the last hurdle, fighting Wilder. We’re in the process of exchanging offers and just going through the finer details. That’s my destiny I think. It’s been written.” 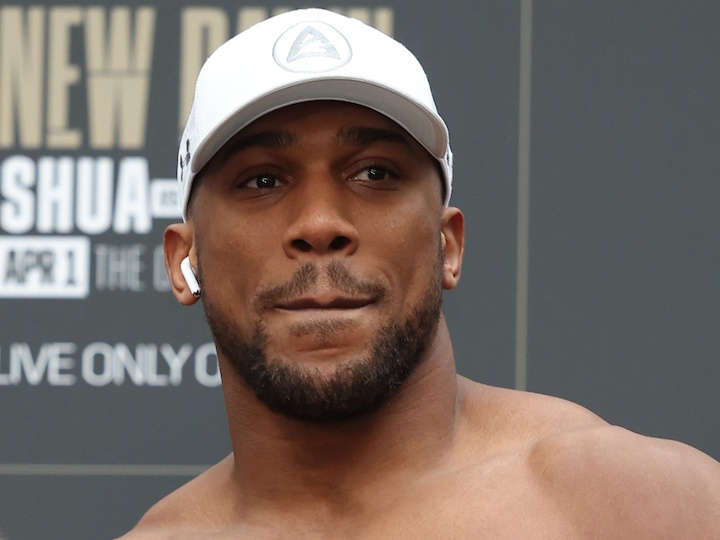 During the last few months, their discussions have really heated up.

Eddie Hearn, who promotes Joshua, sent Wilder an offer of $12.5 million to take the fight on UK soil.

And then Wilder's team countered back with a massive guarantee of $50 million to make the fight happen in the United States.

According to Joshua, the two teams are going back and forth on every detail - from where the fight will take place, pay-per-view start time, locations of press conferences, and numerous other event related details.

“The emails have been the cherry on top in terms of what the fight incurs in terms of finance,” Joshua said.

“Other than that, now we’re just going through the finer details – where it will be, broadcasters and all that. It’s promoter talk. You know what I mean? That’s it really – who will promote the show, where the first press conference will be, New York, LA, UK or different territories, when it will start – they’re just going through that to be fair.

"That’s the fight I want and it’s here now. I was looking at options – the WBA mandatory is Povetkin but I’m not really interested in him, to be honest. Not right now when there’s an opportunity to fight Wilder. It has to happen this year.”

[QUOTE=THEFRESHBRAWLER;18779771]I’ll look into it. So you think he’s clean?[/QUOTE] Sorry I'm so late. I do believe that Ostarine will give an edge, meldonium not so much. Meldonium is forgivable

Good, neither are we!

[QUOTE=BIGPOPPAPUMP;18773804]IBF, WBO, WBA, IBO heavyweight world champion Anthony Joshua (21-0, 20 KOs) is crossing his fingers that a unification takes place with WBC champion Deontay Wilder (40-0, 39 KOs) in the coming future. The biggest fight in boxing is being…

[QUOTE=5000boxing;18808359]Lmao..man please. We will never get this fight.. your guy is too afraid! Chicken shyte![/QUOTE] Bro it does look that way. I’ve got a big mouth but Joshua’s antics is making me have to take a back seat in these…

[QUOTE=Noelanthony;18807662]I hope you didn’t 😂😂. Also wilder has been down bro in his 13th fight. Do you think those ostrich legs can hold out for an entire career. We are going to snap those legs in half with an uppercut…