Joshua: Once I Get Past Pulev, I Hope Tyson Fury is Next

Both fights are targeted for dates in December.

Should both champions win, they could be matched in a full division unification showdown in 2021. 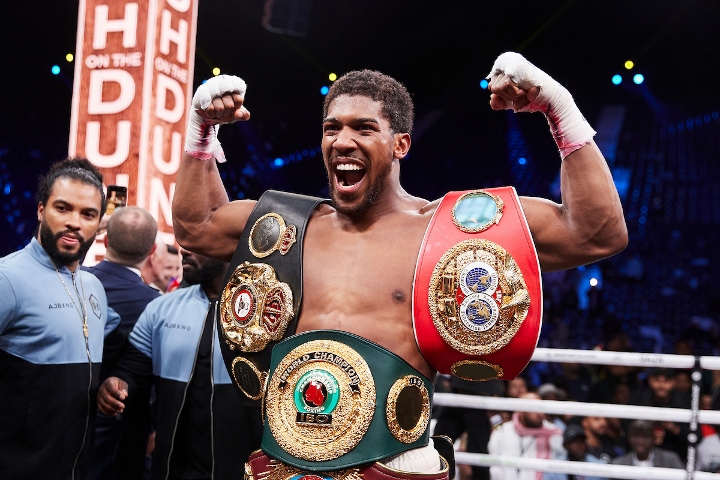 Joshua does not see one fight as being more dangerous than the other. He views both Pulev and Wilder as being dangerous opponents.

He hopes they both come through with wins to set up their highly anticipated fight.

"When the time's right we'll fight. We're keen but I've got Kubrat Pulev first which is a mandatory defence, which I have to do. Once I get past that I'm a free agent. I'm going to say we'll fight next year but everything else that comes with it, I've just got to put to the back of my mind and just focus on Kubrat Pulev. Once I get past him, hopefully Fury will be the next one in line.

"I listened to an interview the other week and (Fury) said that 'we need to make the fight and stop messing around'. But I thought we agreed the fight? Then he said if Dillian wins he's going to vacate the belt. I just think he's got a lot of things going on in his life that he says things that don't really add up.

"I respect him, I don't really know him but I respect him as a human. I could continue to talk but the best talking will be done in the ring. It's the best place to let our gloves do the talking."

Fury gotta get past Wilder and that isnt a foregone conclusion when you have the punch power of Wilder. He can’t perform any worst than last time out.

[QUOTE=deathofaclown;20741605]His resume isn’t even that much better than Fury’s, actually it’s not better if you talk about quality of wins. I wrote in a thread yesterday that you have to remember that Ruiz wasn’t really highly ranked when he beat…

[QUOTE=LoadedWraps;20741080][COLOR="Navy"] Fans don't have to be ignorant, anyone can learn boxing. You'd know that if you'd actually been in a ring. What AJ has done should be taken with context. It's not unfair to him to acknowledge that he beat…

[QUOTE=tokon;20740884]Naaaa, you got Usyk after Pulev. . .[/QUOTE] Fury thinks that AJ won’t beat Usyk. Fury said if AJ has to fight all his mandatories before they fight, he might lose.