Joshua Hopes To One Day Face Tyson Fury: It is a Massive Fight

Joshua will look to get revenge on December 7th, when he faces Andy Ruiz in a rematch for the WBA, WBO, IBF, IBO heavyweight titles in Saudi Arabia.

Fury is waiting in the wings, to face WBC heavyweight champion Deontay Wilder in a rematch in February. 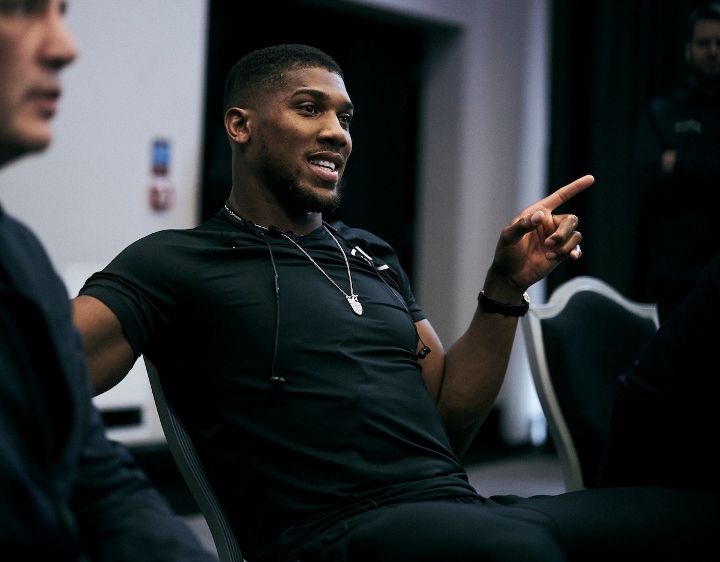 Wilder still has to overcome Luis Ortiz in a rematch this coming November.

If everything can fall into place, Joshua would love Fury.

"I always change it, but right now, I'd say Fury at Wembley. The best of Britain. It is a massive fight. You will [see it]," Joshua told Sky Sports.

That fight would be tough to put together, since the two boxers are contracted to rival promoters in the UK and the United States.

According to Joshua, he wants to eventually face every major name at the weight - Wilder included.

"Yes, 100 percent. That's like asking if a certain football team will play another football team. Of course. We're in the same division, in the same era. We have to fight each other. We're all big draws in the heavyweight division so it would be massive," Joshua said.

"It's been a journey. A lot of highs and a lot of lows, from the amateurs to the pros. Through the process you gain experience which has led me to this point in my life."

[QUOTE=R.KHLMS4LIFE;20086279]Clearly fury if asked for 60% against any fighter named AJ or wilder he pricing himself out and doesn't want the fight. I truly believe even though AJ lost to Ruiz AJ can beat fury. AJ kryptonite is heavy hands…

[QUOTE=ShaneMosleySr;20086372]How do you explain Fury-Wilder happening while Joshua was fighting Takam, 40 year old Povetkin and fat Andy Ruiz?[/QUOTE] Because Fury thought Wilder was just a puncher and Wilder thought Fury was no threat after being out of the ring…

[QUOTE=juggernaut666;20087409]Well what about the actual embarrassement of the champion declining 100 million ? Ruiz cant call for rematches which I replied to , so the next question is will you admit wilder ducked AJ when he wins after saying he…

[QUOTE=Bronx2245;20086742]Ruiz is not the A side, but he is the champion. Should count for something! Anyway, I'm just proud he totally embarrassed Joshua on U.S. soil! Great moment in HW history![/QUOTE] Well what about the actual embarrassement of the champion…

[QUOTE=juggernaut666;20086077]Still believe in A side Andy calling rematches after over a month explaining to you Wilder fans hes not the A side ? :burnout:[/QUOTE]Ruiz is not the A side, but he is the champion. Should count for something! Anyway, I'm…