Josh Warrington Wants To Unify The Division, Then Move Up

JOSH WARRINGTON spent the summer painting the shed in his back garden.

Now he wants to brush aside Sofiane Takoucht to ensure a unification fight early next year.

The featherweight defends the IBF title against the French fighter on October 12 at the Leeds Arena in his home city. 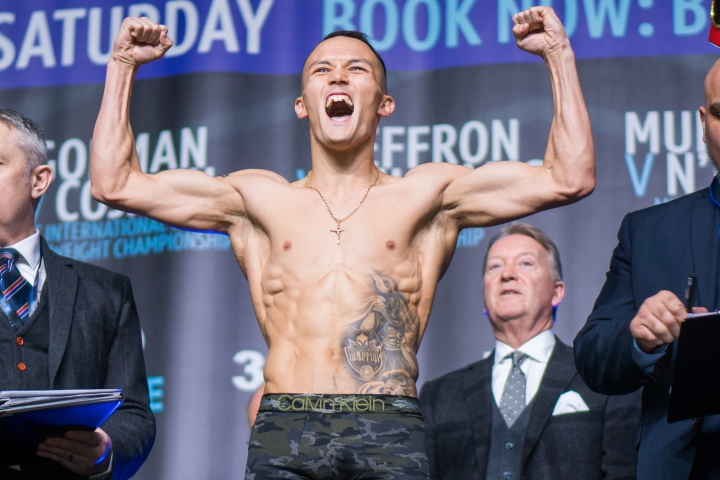 But Warrington has been left frustrated since his June win over Kid Galahad because a unification fight could not be secured.

He said: “I’m disappointed I didn’t get the unification fight but you have to keep busy.

“I’ve just been busy being a dad and being a husband, painting sheds, had a nice break away and I’ve been waiting for news on the next fight.

“It’s frustrating – I realise it’s a short career and as the months tick by you realise it is time wasted.

“I want to be constantly busy and fighting regularly.”

Warrington’s team approached all the three other world champions but no deals could be struck.

The Yorkshire star said: “The way they turn it down is offer you peanuts and demand ridiculous money themselves.

“But I can’t sulk too long. I have to just realise I’m a champion and I have to defend my title.”

Warrington is in no rush to move up to super-featherweight to chase Valdez or even if Santa Cruz also moves up soon.

He added: “At this moment in time the job is to unify this division first and then move up.”