A deal has been reached for the New Zealand grudge match between heavyweights Joseph Parker and Junior Fa.

The two sides have been engaged in negotiations for more than six months - and they were finally able to square away all of the disagreements over money and even the gloves. 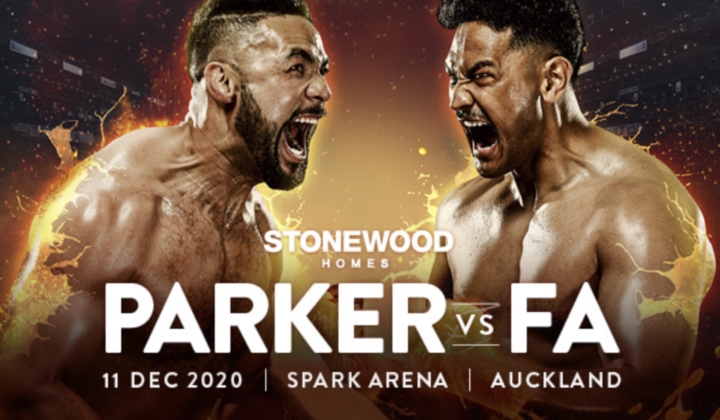 The fight has been set down for December 11 at Spark Arena in Auckland.

An official press conference has been scheduled for this coming Tuesday in Spark City.

"We've finally agreed terms for Joseph Parker to fight Junior Fa, so the fight is on," Higgins confirmed to Newhub. "This is the biggest boxing event in NZ history. I'm so pleased to see Auckland is going to back to level 1 and it's so nice to confirm this great event can happen on he same day.

"It's been a battle of attrition, with each side giving concessions either way, and then also the realisation there there are no other options on the way in the pandemic. Common sense prevailed and we just contractually wrote up a detailed process  around the gloves, so our side was happy and that their side was happy. So, we're finally there... Parker v Fa is on."

Parker and Fa collided four times in the amateur ranks - with each boxer gaining two wins.

Parker, a former WBO heavyweight champion, is ranked at three by the sanctioning body. Fa, an undefeated contender, is ranked by the WBO at six.

Parker last fought back in February, when he stopped Shawndell Winters in five rounds. Fa has been out of the ring since November when he won a unanimous decision over Devin Vargas.

[QUOTE=KillaCamNZ;20797813]Eh? Parker is the absolute least fame-hungry guy going around. He's the definition of grounded and reserved. Get off that crack son, it's messing with you.[/QUOTE] Looks like I upset his one and only fanboy. :lol1: He’s always being a…

[QUOTE=Iamsmoke89;20794966]Parker use to be a contender seem to be starting over to me[/QUOTE] [COLOR="Navy"] I had high hopes for him a few years back, would love to see him make a comeback and go on a run.[/COLOR]

[QUOTE=RJJ-94-02=GOAT;20797015]I’m rooting for Fa, Parker would rather be famous than fight.[/QUOTE] Eh? Parker is the absolute least fame-hungry guy going around. He's the definition of grounded and reserved. Get off that crack son, it's messing with you.

I would think this would be a big fight over that way.

I’m rooting for Fa, Parker would rather be famous than fight.