The fight was a crossroads bout between Diaz and Huerta, two Southern California-based fighters who live about 15 apart from each other. Saturday night turned into a showcase for Diaz, who looked very sharp throughout the fight.

It was an easier-than-expected win by Diaz, who figured to get a challenge from Huerta, who could not mount any offense or land anything significant to gain Diaz's respect. 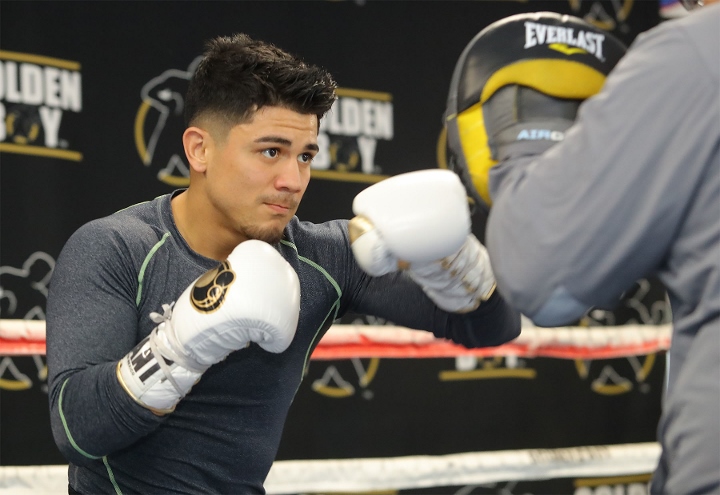 Diaz, the former featherweight contender, was sharp from the opening bell, landing a mix of combinations to the head and body of Huerta.

Diaz momentarily stunned Huerta near the end of round five, landing a series of hooks and crosses to the Huerta's head.

The pace of the fight slowed during the second round, but Diaz mounted an offense in round 10, putting Huerta on the defensive until the final bell sounded.

Francisco A. Salazar has written for Boxingscene.com since September of 2012 and has covered boxing in Southern California and abroad since 2000. Francisco also covers boxing for the Ventura County (California) Star newspaper. He can be reached by email at [email protected] or on Twitter at FSalazarBoxing