Jorge Linares vs. Adrien Broner To Be Ordered By WBC

According to the World Boxing Council, they fully intend to order a final junior welterweight eliminator between former world champions Adrien Broner and Jorge Linares - provided they comply with the Code of Ethics, says the sanctioning body.

The will also order a semi-final eliminator between Viktor Postol and Mohamed Mimoune.

The WBC junior welterweight champion is Jose Ramirez, and he already has a mandatory challenger interim-champion Regis Prograis - who is currently involved in the World Boxing Super Series tournament at 140-pounds. 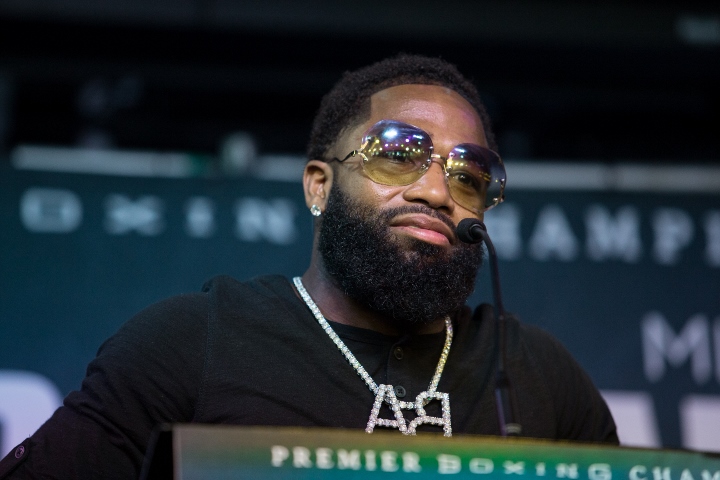 Last month, Linares (45-4, 28 KOs) made his junior welterweight debut with a third round knockout of Abner Cotto. It was his first bout since getting stopped by Vasyl Lomachenko at lightweight in May.

In other orders, the WBC will sanction a semi-final eliminator between Javier Fortuna and Zaur Abdulaev - with the winner falling in line for a crack at lightweight champion Mikey Garcia.

Garcia, who also owns the IBF title and is making a mandatory against Richard Commey, already has WBC mandatory challenger in the form of Luke Campbell.

The WBC has sanctioned a fight for the vacant bantamweight title, between Rau'shee Warren and Nordine Oubaali

WBC junior flyweight champion Ken Shiro, who stopped Mikan Melindo on Sunday, will face the winner of the final eliminator between Jonathan Taconing and Hirotoshi Kyoguchi.

WBC minimumweight champion Wanheng Menayothin, who has an undefeated record of 51-0, has been approved for a voluntary defense. He will then face the winner of a Simphiwe Knonco vs. Tsubasa Koura final eliminator.

Linares will light Broner up. Broner just shells up and doesn't throw any punches. How can you win like that against good fighters.

[QUOTE=filup79;19179602]Linares has never put on a beating on any top fighter. Broner knocks him out if he lets his hands go. People making Linares to be something he isn't. His biggest wins are Euro level fighters. Just becasue he got…

[QUOTE=filup79;19179823]Compare Broner's performance against Demarco to Linares? One performace doesn't mean much. Should we compare Linares performance against Luke Campbell and Crolla as well? I knew MIkey would dominate Broner, has nothing to do with size, Mikey is just more…

[QUOTE=DramaShow;19179750]Linares is levels above broner now. Compare his performance against lomachenko to broners against Mikey. Althouh u were probably one of the ones who said broner was 'too big and strong' for Mikey[/QUOTE] Compare Broner's performance against Demarco to Linares?…