Jono Carroll returned to the ring following a clear but competitive loss to slick southpaw Tevin Farmer earlier this year hoping to get back to his winning ways.

The 27-year-old Carroll, a former Prizefighter winner from Dublin, Ireland, was a -4000 betting favorite but never truly looked like it as he won a unanimous decision with scores of 98-92 across all three judges’ cards. 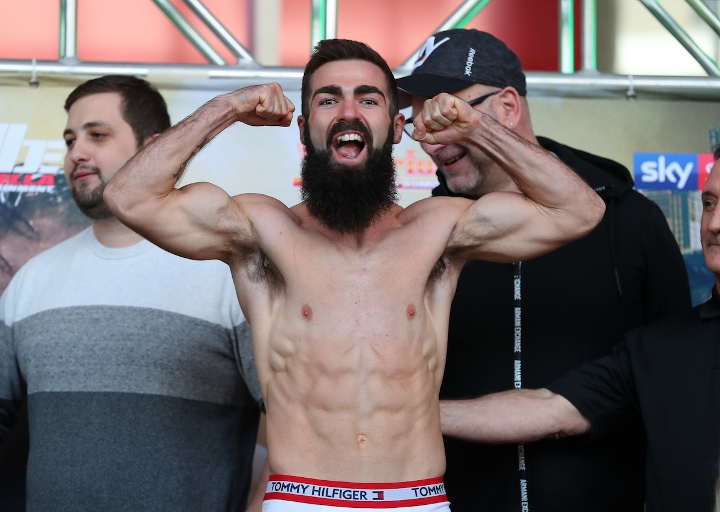 Carroll was the smarter and effective fighter for most of the night displaying sharp ring generalship, but received his fair share of hurt, too. He never appeared to get comfortable in the ring, getting caught from the journeyman Valenzuela more times than he likely imagined.

The soft-hitting Carroll fought most of the fight off of his back leg as the relentless Valenzuela charged forward. What Carroll lacked in power, he surely made up with speed with flurries of combinations. Valenzuela, however, walked through it all and never appeared hurt.

The first round got off to a slow start, but Carroll picked it up in the second and third with calculated combinations, jabs and body shots.

In the fourth, the rugged Valenzuela returned the favor and made it a crowd-pleasing fight as they both mixed it up in the middle of the ring. A looping left hook caught Carroll’s attention as he was backed into the ropes. Valenzuela seemingly had the left hook landing at will, evidenced by another one in the fifth that got Carroll.

The script continued for the remainder of the night, as Valenzuela brought the pressure with the addition of a body attack.

The tide turned when Valenzuela slowed in the eighth stanza as Carroll, trained by former Armenian boxer Albert Ayrapetyan, enjoyed a resurgence with a successful body attack that seemingly took the wind out of his opponent. It was perhaps his best round of the night, as Carrol continued the momentum and saved himself from any scorecard scares at the end of the night.

The ninth and tenth rounds were no better for Valenzuela, who never really retained his pressure and aggression, and Carroll connected with punches and stockpiled points to come away with the win.

The 10-round super featherweight affair was featured on the undercard for the main event between WBC junior bantamweight champion Juan Francisco Estrada, who was taking on Dewayne Beamon at the Centro de Usos Multiples arena in Hermosillo, Mexico. It aired as part of Matchroom Boxing’s showcase on DAZN and Sky Sports.