Bacurian was a late replacement for Richard Lartey, who withdraw a few days before the contest with Joyce was scheduled.

Back in May, Joyce destroyed Lenroy Thomas to win the Commonwealth heavyweight title as part of the undercard to the Tony Bellew-David Haye rematch at the O2 Arena in London. 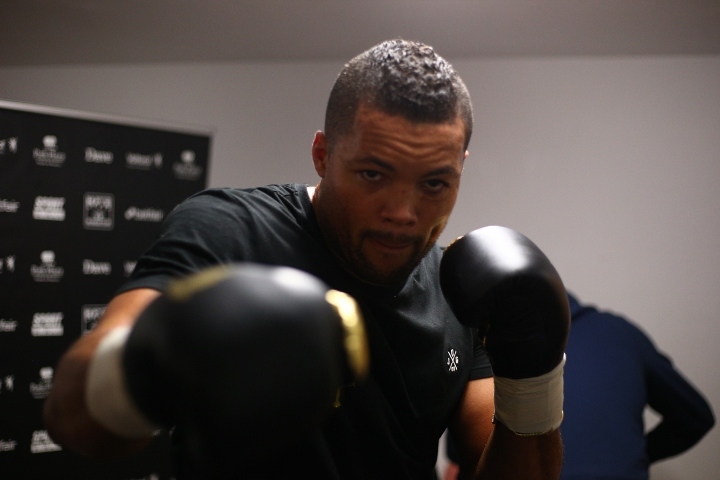 Joyce is now looking for the biggest fight possible.

He was unable to lure Dereck Chisora into the ring. And several other veterans have rejected Joyce's advances.

Joyce is hoping that he can get a fight with world title challenger Bryant Jennings (23-2, 13 KOs).

The loss of Parker has now left Jennings without a dance partner for a planned return on August 18 in Atlantic City.

And Joyce is willing to fill that void.

“It’s a good fight. It’s a step up as well, it would put me in a good place, should I beat him,” Joyce said to Boxing News.

On a domestic level, he would like to fight Hughie Fury, who was ringside for Joyce's most recent fight.

But it appears that Fury is not that interested in that showdown and wants a much bigger opportunity.

“I heard maybe Peter [Fury, Hughie’s uncle and trainer] saying they weren’t going to take the fight. He’s got the belt and he’s going to vacate and move on to bigger and better things, which is understandable. He’s had a world title fight with Joseph Parker, he’s gone and won the British. He’s going to go a different route,” Joyce said.

[QUOTE=Sid-Knee;18872437]No, this will be another American who doesn't want to fight Joyce. They'd rather fight bums instead.[/QUOTE] yeah, whilst 'fans' like 1hourrun call joyce a beggar for chasing hard fights.

Unless there's good money on the table, its hard to see anyone wanting a piece of JJ. He's unconventional, and is there to be hit, but he's a real risk.

[QUOTE=5000boxing;18879340]Wilder would be the favorite... in any an all sports books.. your just a musclemanfan.. not a boxing fan.. so u can't be honest without betraying your AJ mancrush.[/QUOTE] If the bookies are to be so stupid as to have…

Honestly Joyce monsters him, Jennings is a small heavyweight and Joyce is huge. It'll look like the Lenroy Thomas fight. If you ask me though Joyce needs to work on his skillset, just bulldozing over opponents with clubbing punches will…

Joyce has become the boogeyman of the division already. '12 rounds with the juggernaut coming forward for every minute? No thanks!!!!!'