Joe Joyce: A lot Are Picking Dubois To Win - I Can Prove Everyone Wrong

Undefeated Olympic silver medal winner Joe Joyce is viewed as the underdog, but he plans to shake up the heavyweight division when he faces fellow unbeaten, Daniel Dubois.

The fight should have already taken place months ago. It was postponed, for the second time, due to the coronavirus pandemic.

After being re-booked for next month, the fight was pushed back to October 24 in London. 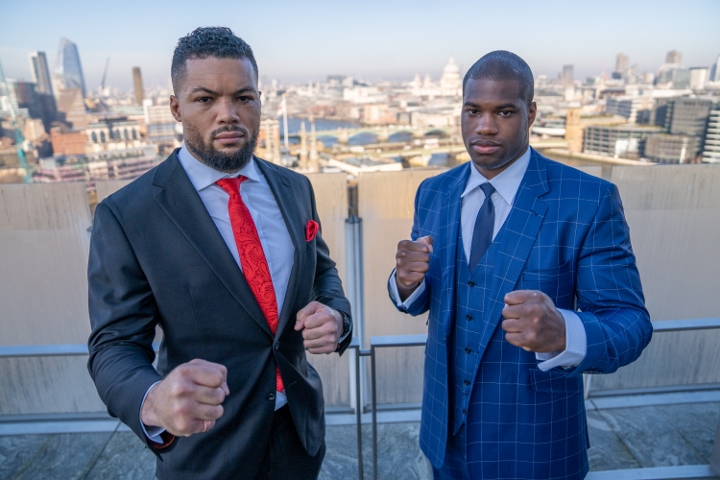 Both Joyce and Dubois are promoted by Frank Warren.

The winner will certainly be in line for a world title opportunity.

The last time Joyce (10-0, 9 KOs) saw action was back in July of last year, when he went the full distance for the first time with a twelve round unanimous decision over veteran Bryant Jennings.

For his part, Dubois (14-0, 13 KOs) fought in December and blasted out Kyotaro Fujimoto in two rounds.

Joyce is even more motivated in the underdog role, aiming to prove the critics wrong.

“You just don’t know who is going to win. I think that when the fight was made, a higher percentage of people were picking Dubois, but that’s great because I can prove everyone wrong," Joyce told British Boxers TV.

“He has been built very well by Frank Warren, he is explosive, hungry and he’s ready to go, it should be a tough nights work for me, but I believe I can – you know I didn’t get here by not having any skills and I just want to prove that I’m the best in the Warren stable and rise to the top. It’s going to be an all-action slugfest, that’s why everyone wants to see it.”

What are the odds.. i am gonna put money on Joyce. Dubois will fold on first opportunity when Joyce would start applying foreward pressure

This the most interesting bout between guys wo a world belt. I prefer Dubois, but the kid is still very raw.

Put money on [B]The Juggernaut, Frampton over Herring and Serrano over Taylor[/B] in a nice little parlay when these fights happen.

[QUOTE=skinnystev;20634011]DuBois is nothing more than warrens pet an overhyped up novice[/QUOTE] Dubois would be the only prime guy with power and decent skills Wilder would have on his resume and i'm not even positive he wins that one if it…