The 32-year-old heavyweight and Olympic silver medallist has won each of his fights inside the distance.

And ahead of his next against a 6ft 10ins opponent, Joyce said: “I’ve made no secret that I am happy to face the most avoided names in the sport. Dereck Chisora was offered good money to fight me, life-changing money but he was not a man of his word. I’m ready to go to work and look forward to dispatching ‘Big Nasty’.” 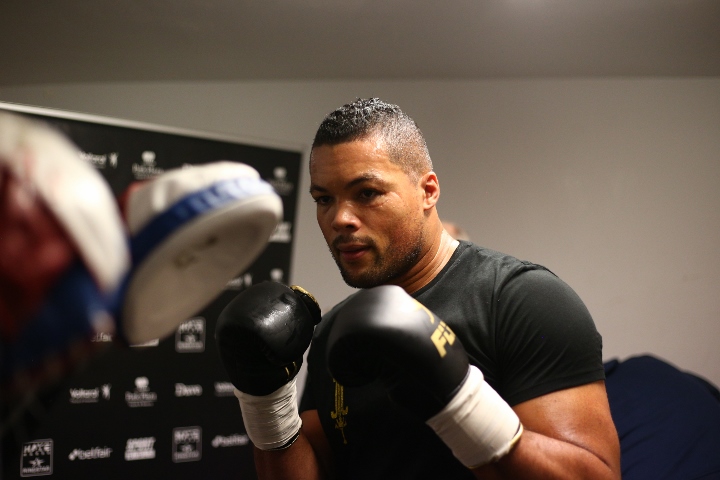 IN OTHER NEWS: Britain has been in the icy grip of the beast from the east, buthold on tight because there’s a Hurricane due on April 28th at York Hall! Mickey Helliet’s Hellraiser Boxing are proud to announce their next event, ‘Hurricane Hellraiser’. The show will feature plenty of Hellraiserfavourites, such as Hollywood Josh, Konrad Stempkowski, Gelasius Taaru, Andre Sterling and Kaisy Khademi. With many of these fighters closing in on title shots their is an atmosphere of anticipation preparing to be unleashed on the boxing world.

“We had a good year at Hellraiser Boxing last year, and so many of these guys have proved they’ve got the ability to win things, now it’s just about keeping winning, and making the right moves with their careers.”

“Hurricane Hellraiser is a great opportunity for so many of these fighters to make that vital next step,  Hollywood Josh Ejakpovi and Konrad Stempkowski are probably the next in line for title shots.”

Tickets are £35 standard and £60 ringside, and are available from your fighter or on the door. Put 28th April in your diary and get ready for a Hurricane of Hellraiser talent!

[QUOTE=Freedef;18531869]Yeah and when there was tournament they fought 4 ****ing times on weekend. I am not telling that World champion should fight every damn month but hey, fighting 2 times in year cmon now. and it is not like Joshua…

[QUOTE=Tonyu;18531376]I don't understand professional boxing these days unless you are in brutal war why they don't fight more often. Some champions only defend twice a year you should defend four times. Mike Tyson in his first 2 years fought 28…