Jessie Magdaleno To Return in February at 126, Wants Dogboe

Former WBO 122 pound champion Jessie Magdaleno (25-1) has been out of the ring since his stoppage loss to Isaac Dogboe in April.  The fight had multiple knockdowns and is in the running for 2018 Fight of the Year.  Magdaleno floored Dogboe in the first round but the Ghanan fought back and dropped Magdaleno in the fifth round and two more times in the eleventh to prompt the referee to waive the fight off.

The Las Vegas native was scheduled to return to the ring in September but pulled out a few weeks prior to the fight. Magdaleno said that he will now be back in early 2019.

"The plan is to be back in February.  The opponent isn't set yet but that is when I plan on getting back in the ring. I can't wait,"  Magdaleno told BoxingScene.com. 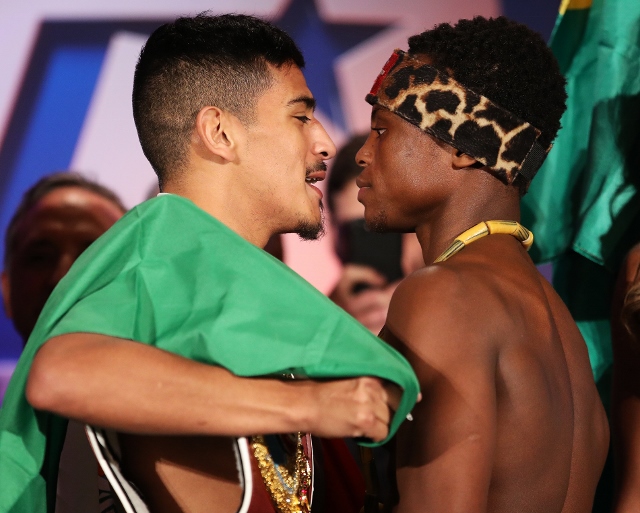 Magdaleno captured his world title in 2016 when he outpointed former multi-division and current bantamweight champion Nonito Donaire.  He admitted that even back then it was difficult to suck down to the super bantamweight weight limit and plans on being more explosive without having to drop the additional four pounds.

"It was just time.  Everybody knew it was just time to move up in weight and I think I should have been up in weight two years ago but whatever happened. I got the title at '22 and fought there a couple more times and now it is time to go to '26 and be king there," Magdaleno explained.

As for avenging his only professional loss, Magdaleno said that he would love to face Dogboe again but this time in the featherweight division.

You'll see him move in weight more than Mikey Garcia if Dogboe keeps following him. I never seen a so called champ fight anyone as scared of their opponent as maggy was afraid of Dogboe.

[QUOTE=MEXfistology;19302823]I seriously never understood how some fighters that get knocked out and stopped at lower weight classes think they will automatically do better at a higher weight class, the probability is that you will get stretched worse[/QUOTE] it's usually because…

when this fight was first made I said he would lose and everybody laughed when i said Isaac punches and broke my fighter shoulder who was a light-welterweight but thinking i was mad man. He thinks he still champ

I seriously never understood how some fighters that get knocked out and stopped at lower weight classes think they will automatically do better at a higher weight class, the probability is that you will get stretched worse