Jermall Charlo: I Love Brooklyn, It's Almost My Second Home

His recent win over Brandon Adams this past June marked the first time that Jermall Charlo was able to enjoy a true hometown fight in more than seven years.

As it remains unclear when the next opportunity will come to fight in the greater Houston area, the unbeaten middleweight titlist will gladly settle for continuing to build a fan base in his adopted home region. 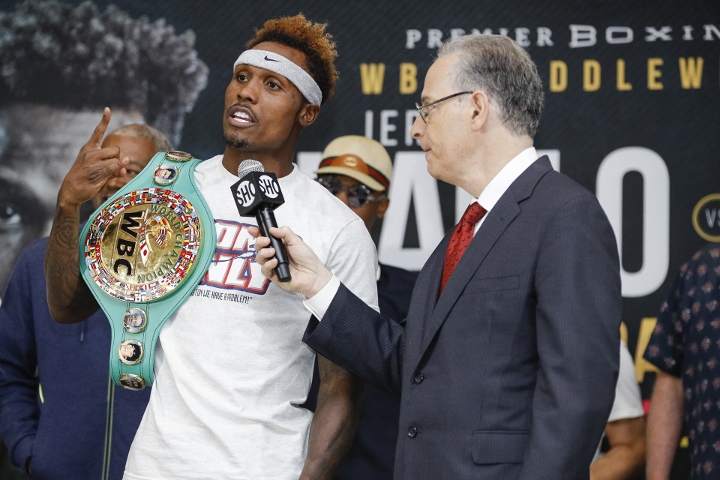 Saturday’s bout will mark the fourth time that Charlo will play in the venue in his past five starts. The main event will now give him as many appearances at Barclays as he’s enjoyed anywhere in the greater Houston area, a run which began with his introduction into the middleweight division when he stopped Argentina’s Jorge Heiland in the 4th round of their July 2017 interim middleweight title fight following a stint as a junior middleweight titlist.

Two defenses followed, both at the Brooklyn hot spot including a hard-fought 12-round decision over Matt Korobov in his first-ever televised main event last December. Six months later came a long overdue homecoming, pitching a virtual shutout over California’s Adams this past June at the NRG Arena in Houston, where he last appeared in a March 2012 prospect-level win.

Saturday’s title defense versus Hogan (28-2-1, 7KOs) figures to be entertaining for however long it lasts and even if it sees the final bell. For his past memories at Barclays Center, the undefeated two-division titlist wouldn’t have it any other way.

“There’ve been some explosive knockout nights in Brooklyn,” Charlo notes of his recent stretch. “I’ve been 12 rounds in Brooklyn. It’s been a journey.

“Of course, I’m from Houston. I’m bringing something to Brooklyn that they haven’t seen in a while, since the Mike Tyson days. Something real explosive. You have to stay tuned. PBC [Premier Boxing Champions] and Showtime have done a great job of bringing major fights to Brooklyn. I’m just happy to be a part of it. I like to call it, Brooklyn, Texas.”

[QUOTE=j.razor;20233620]Negative. Mall clearly won. How do you explain korobov admitting he lost with his excuses? And there wasn't a table set for a rematch. Don't worry though cuz if fighters like pvssy-g stays ducking Jermall then korobov might get another…

[QUOTE=Bob Haymon;20233950]Manny is PBC's biggest draw. Uncle Al won't let him retire. Al doesn't care if he is permanently brain damaged he'll throw him in against whoever. He was able to convince little Mikey to move up two weight classes…

[QUOTE=Real King Kong;20233246]Nah, korobov shoulda got the win. Table was set for a rematch, but Charlo would rather fight guys like Brian Adams.[/QUOTE] Negative. Mall clearly won. How do you explain korobov admitting he lost with his excuses? And there…

[QUOTE=j.razor;20233138]Mall running from no one. Try watching the fight, korobov won the 1st 4 rounds then got shutout after that then he had EXCUSES for losing :lol1:[/QUOTE] Nah, korobov shoulda got the win. Table was set for a rematch, but…