Jeison Rosario: This Fight Can Be The One To Define My Legacy

In a year where most in the sport are happy to get in one fight, Jeison Rosario is the unique position of picking up a second straight career defining win.

Of course, there isn’t any guarantee that he emerges victorious in his lineal junior middleweight championship showdown versus Jermell Charlo this weekend. Should he do so, however, then 2020 will have its leading candidate for Fighter of the Year.

“I’m so grateful for this opportunity,” Rosario told BoxingScene.com. “This fight can be the one to define my legacy.” 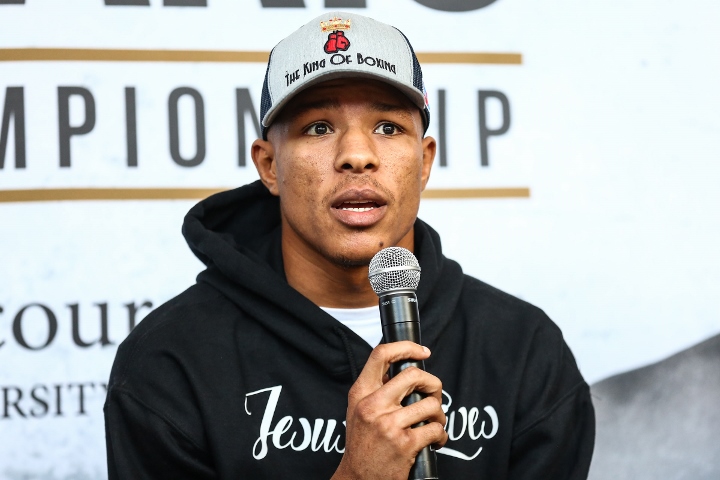 The bout tops a loaded six-fight, twinbill Showtime Pay-Per-View event, which airs live this Saturday from Mohegan Sun Casino in Uncasville, Connecticut. Houston’s Charlo (33-1, 17KOs) fights for the first time on the year, and also his first since regaining his WBC 154-pound title in an 11th round stoppage of Tony Harrison last December to avenge a disputed points loss from one year prior.

Four weeks after Charlo’s revenge-fueled win came Rosario’s arrival onto the title stage. The Miami-based Dominican scored an upset 5th round stoppage of Julian Williams to claim the WBA and IBF titles which he will put on the line for the first time this weekend.

The winner will walk away having earned the distinction as the best junior middleweight on the planet and the true recognized champion of the division. For Rosario (20-1-1, 14KOs), it would mean a leg up in a Fighter of the Year race where any other candidate under consideration would only have one meaningful win in a pandemic-stricken 2020. It would also mean the biggest win of his career.

“Jermell Charlo is a terrific world champion, he has proven himself time and time again,” notes Rosario, who is unbeaten in his last nine starts and has won six straight heading into Saturday. “I’m really looking forward to this fight, for the two of us to determine who is the best (154-pounder) in the world.

“The chance to fight Julian Williams was an opportunity of a lifetime. I’m grateful for it and made sure to make it count. I will do so again versus Jermell Charlo on September 26.”

[QUOTE=Griever0730;20774315]Jermall left the division 3 years ago though and he hasn't done much either. His most notable win is also J-Rock like Rosario and that was almost 4 years ago. Other than Korobov(whom some thought won their scrap), he's fought…

[QUOTE=1hourRun;20774290]Jermell has been getting held back from taking over 154 because of Jermall, now that big-bro moved up to takeover 160, you will see Jermell 'Ironman' Charlo transform into 'WAR-MACHINE'. Twin barreled cannon is pointing at you Jeison Rosario![/QUOTE] Jermall…

[QUOTE=Griever0730;20774217]Lol. Spend to much to much time on these forums brodie. Oddly enough, that glass-jawed J-Rock is as good a win, if not, better than Charlo's over another chinny guy in Harrison. Other than that, Charlo's resume is pretty thin…

[QUOTE=1hourRun;20773778]Jeison Rosario, what will remain in the minds of boxing historians is your upset victory over one-hit-wonder, glass-jaw 'J-Rock'. The jr. middleweight lineage is Jermell's come Saturday, a new order begins! And by the way, I just went over to…

Jeison Rosario, what will remain in the minds of boxing historians is your upset victory over one-hit-wonder, glass-jaw 'J-Rock'. The jr. middleweight lineage is Jermell's come Saturday, a new order begins! And by the way, I just went over to…