The final preliminary prior to the start of the televised broadcast featured 25-year old lightweight Dravontay “Speed” Rawls (12-1-1, 8 KO), 134 ½, of Glenarden, Maryland controlling most of eight rounds en route to a unanimous decision over 32-year old Jonathan Perez (38-24, 30 KO), 134, of Colombia. Perez came into the bout off a win but was 3-10 in his previous 13 fights. Rawls won his fourth straight.

The victory was punctuated by the knockdown in the eighth round, a big shot over the top bringing the crowd alive. Ambunda beat the count on shaky legs and stayed afoot to the bell. Fulton never threatened to stop him again but maintained the advantage through the later rounds and cruised to three matching cards of 120-107. With the win Fulton picked up Ambunda’s IBO belt at 122 lbs. The referee was Michelle Meyers.

The televised portion of the card was carried in the US on Fox Sports as part of the Premiere Boxing Champions series. 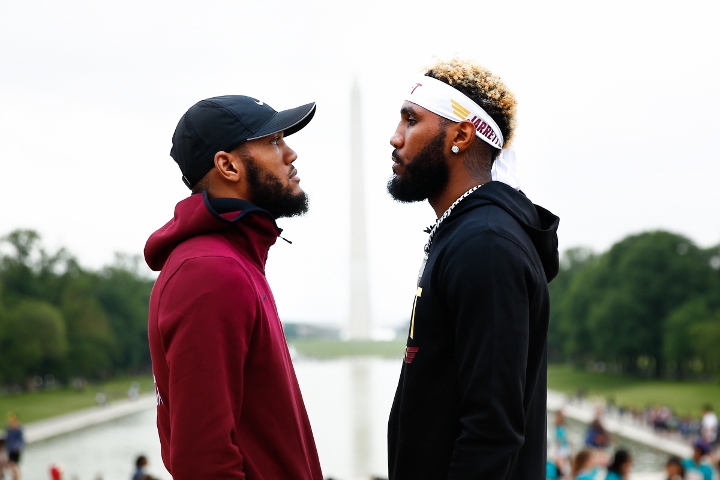 Good fight Hurd didn’t have as much will power as Williams tho. Funny thing about that tho it was just a couple months ago Hurd basically said he didn’t see a reason to fight charlo anymore when he lost his…