Miller recently took to his Instagram to confirm the news. He is currently co-promoted by Greg Cohen and Dmitriy Salita. An article by BoxingScene.com's Jake Donovan that was recently published stated that Top Rank Inc. will be brought in as a co-promoter in the near future. 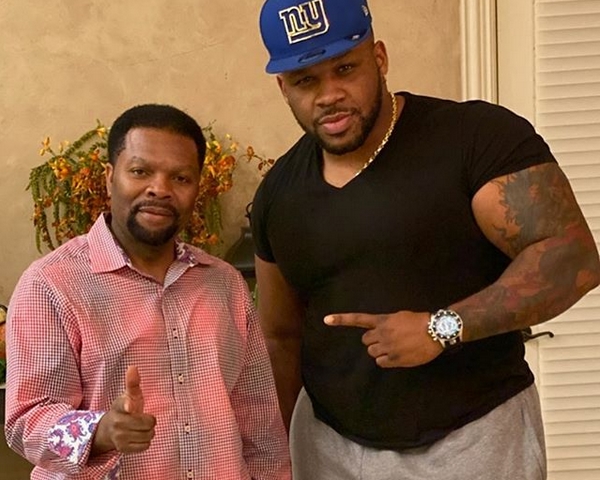 The unbeaten 31-year-old has been out of the ring since last November when he stopped Bogdan Dinu in 4 rounds. He was scheduled to face Anthony Joshua in June but was suspended prior to the fight for failing multiple drug tests.

The assignment instead went to Andy Ruiz Jr. who pulled off the biggest upset of the year when he stopped Joshua in 7 rounds.  The two will square off again Saturday in Saudi Arabia in their highly anticipated rematch.

A date for Miller's next ring assignment is unknown as of this publishing.  He was suspended for 6 months by the WBA for his failed drug tests.

Miller already has two promoters, and is going to add Top Rank? Why three promoters??? Maybe if he didn't have so many damn promoters, he wouldn't actually need a manager. I wonder what Miller's first fight will be.

[QUOTE=Kezzer;20296628]Pulev, Kownacki and Miller isn’t many options but they are all fighters which would suit Fury’s style - particularly Pulev and Miller.[/QUOTE] Kownacki is with PBC, not Top Rank. [QUOTE]If you compare to matchroom though who have Joshua, Whyte, Chisora,…

[QUOTE=WBC WBA IBF;20228408]Between Fury, Pulev and Miller, TR could have an interesting situation on their hands at heavyweight. They still don't have a belt. If it's Pulev vs Kownacki for the vacant IBF, that's going to be a fascinating purse…