James DeGale To Reveal Next Fight This Week

James DeGale has revealed that his next fight announcement is imminent.

The 32-year-old former IBF super-middleweight champion took to social media on Monday to tell fans to expect a “high energy start to 2019.”

DeGale has been in discussions about a super-middleweight showdown with Chris Eubank Jr. since the summer, with a view to it happening before 2018 was out. 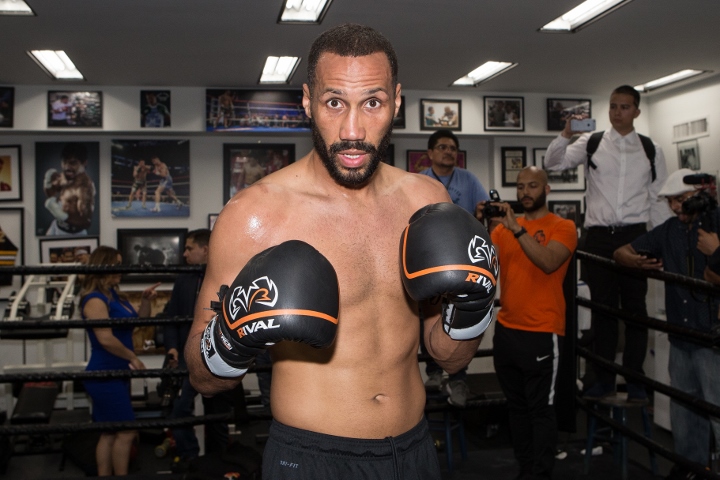 But the fight couldn’t be confirmed and both sides are now in communication regarding a dust-up on a date in the first couple of months of the new year.

A fight between the pair, Boxing Scene understands, will take place on February 23 at the Olympia in Kensington, London, will likely be broadcast on ITV as part of the three-year deal it has just signed with Haymon Sports and Premier Boxing Champions.

Poxon Sports, the exclusive promoter of all UK PBC events on ITV, will be the name on the poster for the show, it is understood.

The former Olympic gold medallist kept himself busy with a tune-up fight against Fidel Monterrosa Munoz in Ontario, California in September, stopping his opponent in round three, after it became clear the fight with the former IBO champion – who was last in action against JJ McDonagh at the King Abdullah Sport City Stadium in Jeddah, Saudi Arabia back in September – wasn’t going to happen.

Further details will be made public in due course.

[IMG]https://pbs.twimg.com/media/Dv_Gcz0XgAAVKcK.jpg[/IMG] I'm actually quite looking forward to this one. No way is it a PPV worthy fight though, IMO anyway. I'm wondering how DeGale will look. The old DeGale would deal with Eubank easily. But DeGale is not the same…

I seriously hope degale has a perfect fight and beats Eubank, Eubank is looking for another Blackwell situation and degale is the type of fighter to give it to him, this could be a career ender for both

[QUOTE=EasternEuroFan;19401733]Well there's nothing to reveal, he even said in an interview today that its Eubank, as everyone already knew.[/QUOTE] And the date is known as well lol.

All I care about is if Degale's sister is showing up