Handlers for DeGale and Uzcategui were given 30 days from May 23 to come to an agreement on their own. Once they couldn’t compete a deal by Monday’s deadline, the IBF scheduled a purse bid for July 5 at the sanctioning organization’s headquarters in Springfield, New Jersey.

England’s DeGale regained the IBF 168-pound championship April 7, when he beat Minnesota’s Caleb Truax by unanimous decision in their immediate 12-round rematch in Las Vegas. Truax (29-4-2, 18 KOs) recorded one of boxing’s biggest upsets of 2017 when he traveled to London and defeated DeGale (24-2-1, 14 KOs) by majority decision December 9 to take the IBF super middleweight championship from him. 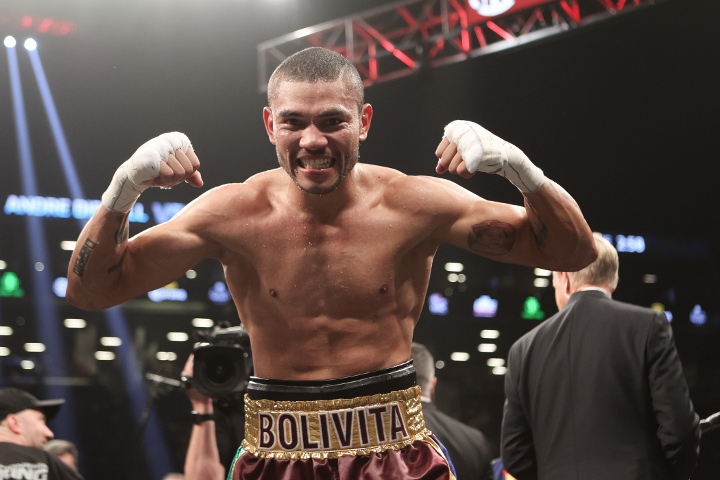 Dirrell pleaded with Duran to allow him to continue. Duran, concerned for Dirrell’s health, still stopped the fight.

Dirrell defeated Uzcategui by disqualification in their first fight in May 2017.

Uzcategui was winning that bout on two of the three scorecards through eight rounds. Referee Bill Clancy disqualified him, though, because Uzcategui hit Dirrell after the bell sounded to end the eighth round.

Dirrell said he couldn’t continue once Uzcategui crushed him with a flush left hook to the jaw after the bell. That punch sent Dirrell to the canvas, face-first.

The situation worsened when Lawson sucker-punched Uzcategui in the ring following their fight. Felonious assault charges against Lawson were downgraded to a misdemeanor assault charge in Prince George’s County, Maryland.

No worry, if DeGale loses there will be Jim McDonnell punching Uzcategui in the mouth on his behalf after the fight.

Good job IBF! This should be a god one! Let's Go!

Awful match up for DeGale at this stage in his career, He needs the Groves cash out

I was never impressed by degale, his sister doe 😍

How is degale outside the ring?