Jamel Herring on Lomachenko, Moving Back Up To 135

WBO super featherweight champion Jamel Herring had a big 2019.  He became a world champion for the first time when he defeated Masayuki Ito in May. He followed that up with a unanimous decision victory over his mandatory challenger Lamont Roach in November.

His promoter Top Rank Inc. plans to have him face former two-division champion Carl Frampton in the latter's hometown of Belftast, Northern Ireland. With the coronavirus causing the sports' world to shutdown, those plans have been put on hold. 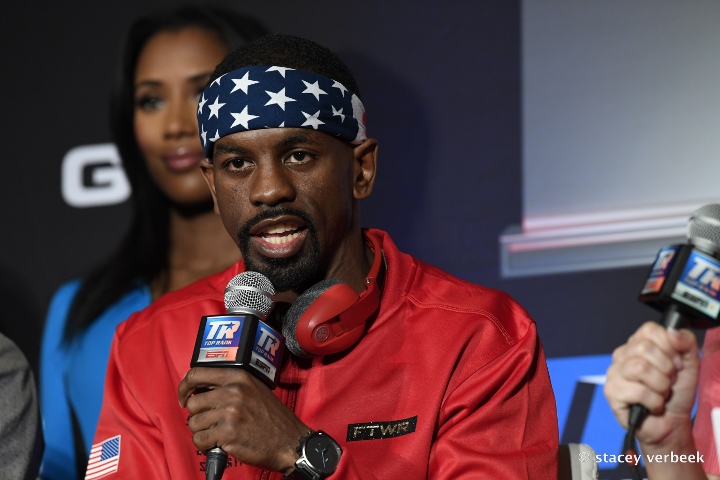 The 2012 U.S. Olympian champion recently held a question and answer session with fans on his social media networks.

One of the questions asked was if three-division world champion Vasiliy Lomachenko, who is generally regarded as one of the top 3 pound-for-pound fighters in the sport, really is as good as his status in the sport merits.

"I guess, I mean I have never sparred him. I seen him fight as an amateur.  The last time I saw him (was in the amateurs when) he had moved up to 132 when he fought (now unified 140 pound champion) Jose Ramirez. You can find that fight on YouTube as well. I haven't been in the ring with him so I can't really say from my own experience," Herring explained.

Herring, who began his career at 135 pounds also said that he would be interested in facing him or any other top fighter in the lightweight division when he makes the decision to move back up in weight.

"If I move up to lightweight, whoever is there and if it makes sense - sign me up. It is a fight and like I say we ain't backing down from no fight. If you wanna be great you gotta take on all comers and all top challenges, all obstacles," Herring explained.

[QUOTE=BIGPOPPAPUMP;20557840]WBO super featherweight champion Jamel Herring had a big 2019. He became a world champion for the first time when he defeated Masayuki Ito in May. He followed that up with a unanimous decision victory over his mandatory challenger Lamont…

You need to sparr Loma to see if he's for real? Are you serious?