Jake Paul: I'm Gonna Be One of Boxing's Biggest Stars, I Might Be The New Mayweather

The 23-year-old certainly stole the show on Saturday night, when he brutally knocked out NBA veteran Nate Robinson in the second round of their cruiserweight bout.

Paul's bout, which took place at Staples Center in Los Angeles, was the pay-per-view co-feature to the anticipated exhibition bout between Mike Tyson and Roy Jones Jr. 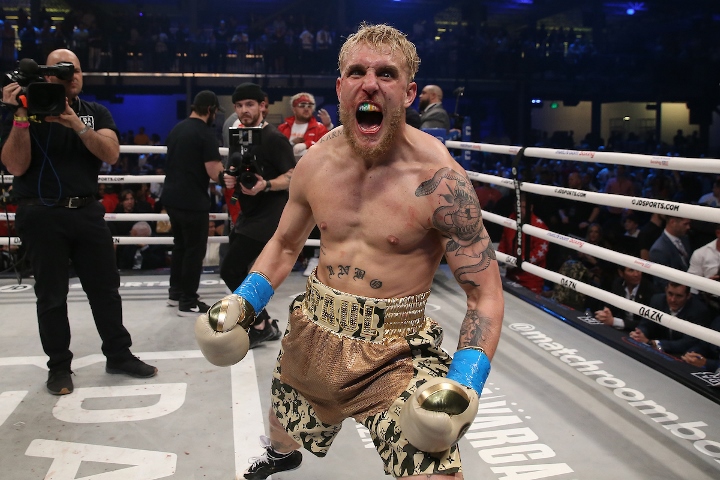 Paul dropped Robinson hard in the first. And then scored two more knockdowns in the second - with the final shot dropping Robinson face-first to the mate.

Boxing fans are not entirely pleased with Paul's involvement with the sport - but he intends to continue forward with his career.

He also issued a warning to MMA stars like Conor McGregor and others, that he would prevent them from making waves in boxing.

“My career goal was to do exactly what I did. To have an undeniable victory and steal the show. And prove to the boxing world, who has doubted me for the past six months, that I’m a pro boxer and I’m here to stay," Paul said.

“When you put those 10-ounce gloves on me, I’m vicious, I can hit. I’m a real dog. When these MMA fighters come into the ring, they’re gonna meet ‘The Problem Child.’ They’re gonna meet me. And I’m here to make millions of dollars and sell millions of pay-per-view and I’m gonna be one of the biggest stars. I think I might just be the new Floyd [Mayweather].

“I’m putting the work in, and I understand why people don’t want to accept me yet. But I’ve had two flawless victories, and I’m really dedicated my life to this. I have an $8 million mansion in Calabasas that I haven’t stayed at for six months. I haven’t even been home because I’ve been in Las Vegas training in a little tiny house, two-a-days, pouring my heart and soul into this. So if people don’t respect that, then I don’t know what they’re gonna respect. It’s an uphill battle for Jake Paul, it always has been. I’ve fought for everything in my whole entire life. People hate me, people talk sh-t about me, but I’m still here.

“I feel like I didn’t get to showcase my skills, honestly, so I’m a little upset with that,” Paul said. “I would fight. My right hand always kind of hurts after these fights, last time I had to do recovery on my right hand because I was just penetrating his skull, but same sort of thing with this. I’ll fight again ASAP. I think I just cemented myself as one of the biggest prizefighters, so someone’s gonna have to come with the bag or I might do my own promotion. So we’ll see.”

[QUOTE=Slicc;20920918]Inb4 Mauricio Suleiman makes a YouTube belt.[/QUOTE] Too late basically.. Not sure what the belt was for exactly but the kid has some weird WBC belt... He walked into the ring with it during Ortiz vs Kauffman on the Wilder…

If he gets a promoter that can build him, then he actually can. He has the excuse of fighting tomato can, 1 amateur fight, so he can do the wilder thing of 40-0 fighting no hopers until he faces a…

well more people talk about this guy than 90% of world champions in boxing.

I think he’s ready for GGG

You know... He does have a point. Anyone could make a career out of fighting guys 3-steps below them in boxing skill make millions going 49-0. They might even fight a couple people off the street, bump it up to…