Daniel Jacobs’ unremarkable performance in his previous appearance didn’t deter boxing fans from tuning in to his fight against Maciej Sulecki on Saturday night.

Ratings revealed Tuesday by Nielsen Media Research indicated Jacobs-Sulecki drew a peak audience of 874,000 for HBO. Their entertaining 12-round middleweight match maintained an average of 811,000 viewers.

That’s a notable increase in ratings from Jacobs’ last HBO bout. That fight – a 12-round, unanimous-decision defeat of Luis Arias – attracted a peak audience of 765,000 and an average audience of 706,000 on November 11. 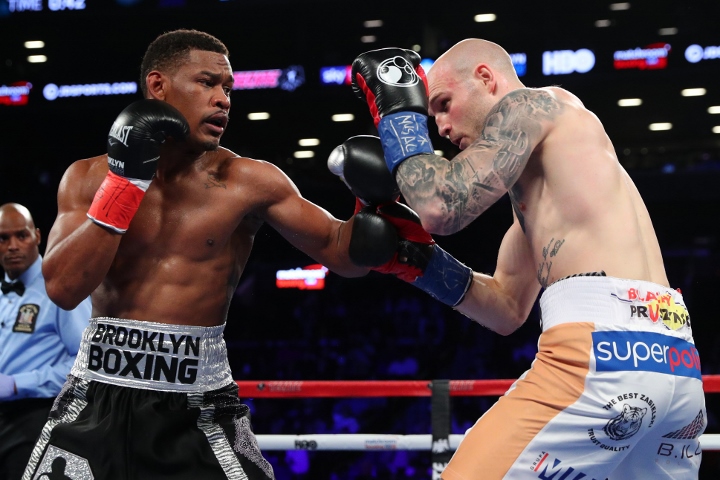 Jacobs-Arias was monotonous compared to Jacobs-Sulecki, largely because Milwaukee’s Arias (18-1, 9 KOs) fought cautiously and didn’t engage against the hard-hitting Jacobs at Nassau Veterans Memorial Coliseum in Uniondale, New York. Poland’s Sulecki showed no such reluctance in their WBA elimination match and Brooklyn’s Jacobs seemed intent to entertain more than he did against Arias.

They traded power shots during much of their back-and-forth fight. Both boxers took those shots well, until Jacobs drilled Sulecki with a picture-perfect right hand to the middle of his face, which dropped Sulecki early in the 12th round.

His victory over Sulecki marked the second bout of the 31-year-old Jacobs’ exclusive deal with HBO.

Miller’s previous appearance on HBO – a ninth-round stoppage of Poland’s Mariusz Wach on the Jacobs-Arias undercard November 11 – was watched by a peak audience of 739,000 and an average audience of 673,000.

[QUOTE=Butch.McRae;18744968]I have it on my Roku, but not sure. I think it depends on the manufacturer.[/QUOTE] I think it can be done with an android tv or attachment that have the google store app. That is what I was looking…

If Wilder wasn’t a star pulling in ratings before Ortiz, he is now. Wilder is easily Showtimes biggest star/ ratings attraction.

[QUOTE=filup79;18727357]Seriously? Where have you been. Showtime has had a streaming app that allows you to watch live boxing and it's channels.[/QUOTE] I mean just for boxing