Israel Vazquez: I Nearly Retired After First Fight With Marquez

Israel Vazquez will never forget his second fight with Rafael Marquez—nor the fact that it nearly didn’t happen at all.

The former two-time World junior featherweight champion and future Hall of Famer still carries vivid memories of virtually every bout in his illustrious career, particularly his memorable series with Marquez. All four bouts aired live on Showtime, which replayed the first three fights of the series this past Saturday evening.

While most choose to forget the fourth fight—which came at a point when both were well past prime—Vazquez doesn’t shy away from memories of his first encounter with his longtime in-ring rival, in which he suffered a busted nose en route to a 7th round stoppage defeat.

“I knew Rafael Marquez was a dangerous fighter, a tremendous bantamweight champion,” Vazquez told BoxingScene.com while participating in a live viewing party for Showtime’s three-fight rebroadcast. “[The first fight] was tough, and I remember the crowd being behind him. I also remember that I nearly retired after that fight.” 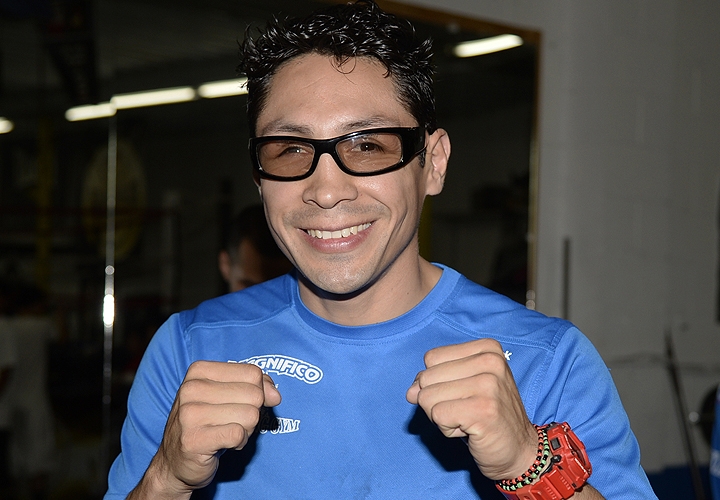 Marquez came in armed with a 15-fight win streak, including seven defenses of his bantamweight title before moving up in weight ahead of their first encounter. Their March 2007 championship clash took place at what was then known as the Home Depot Center (now Dignity Health Sports Park) in Carson, California, mere miles from both his Huntington Park hometown and Hollywood’s Wild Card Gym where he trained at the time.

Despite general hometown advantage, the crowd was on Marquez’s side as was fate. Vazquez spent more than five rounds fighting through a busted nose, managing a 3rd round knockdown but also finding it increasingly difficult to breathe as the fight progressed. By the end of seven rounds, he decided it was best to live to fight another day.

At the time, he nearly decided to call it a career before a playful conversation with his son, Israel Jr.—not even in school yet at the time—helped postpone that decision.

“I remember coming home and my son telling me, “Dad, why did you stop? You could’ve come back and beat that guy,” Vazquez fondly recalls. “So, I got motivated to get my nose fixed and train harder than ever for that second fight.”

Along with the at-home banter came an internal discussion with manager Frank Espinoza as to the best course of action moving forward. With it, came the decision to leave Wild Card Gym and Hall of Fame trainer Freddie Roach in favor of Rudy Perez, who guided Vazquez through the rest of his career—including wins over Marquez in their second and third fights. The two bouts were hailed as 2007 and 2008 Fight of the Year, respectively, with the rematch restoring Vazquez’s championship reign. The second fight took place in Hidalgo, Texas, while the third fight returned to Home Depot Center.

The first three fights of their series were so memorable that fans have called for—whether jokingly, out of nostalgia, or just sheer respect and admiration—a statue of the two warriors to be erected in front of the famed Carson venue. While the third fight was Vazquez’s last great moment in the sun, it’s not the memory he’d like to see come to life.

“Really, I’d rather it be of the first fight,” admits Vazquez. “Even though I lost, it’s the one that started our great rivalry. Without that first fight, we don’t have the history that we shared together.”

Nor the discussion to make the necessary changes in his career to create that history.

sad he actually lost his entire eye behind this

My top favorite rivalry in boxing.