Cuban trainer Ismael Salas came out and denied the circulating rumors that he split with the lightweight world champion of the WBA, Jorge Linares.

"There is no split, there is only gossip that does a lot of harm to the Cuban community," Salas told the Voces del Deporte program on ESPN Deportes' local radio station in Miami.

Salas directly accused a website about Cuban boxing for spreading the rumor of social media, and said the website speads lies "that hurt boxing and misinform." 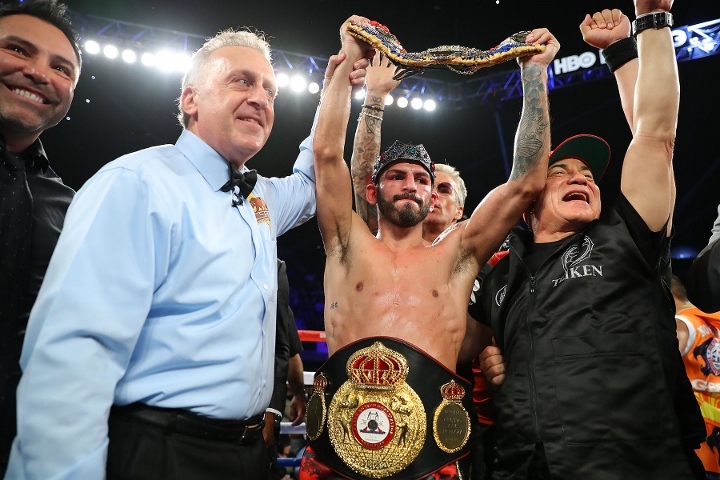 Salas has a very tight schedule, which he openly admits.

He is currently training David Haye for his scheduled rematch with Tony Bellew, which is scheduled for May 5th at the O2 Arena in London.

But he is also going to be in the corner for Linares, for a recently finalized fight with Vasyl Lomachenko - for the following week on May 12 at Madison Square Garden in New York City.

Salas explains that his schedule became very complicated after Haye suffered an injury and his rematch with Bellew, scheduled for November, was pushed back to May.

Linares is currently training in Japan, but Salas wants him to come down to London.

"The situation is the following one. I signed a contract with David Haye's company, for an important number, that for me was great work and a monetary opportunity. Before taking that step, I spoke with all my fighters in different parts of the world and we agreed that as long as I was not involved in  my commitments to Haye's company, I could be with them," Salas said.

"[The rematch with Bellew is] a fight where there is a significant amount of millions of dollars involved and you can not skip the date. Then the date is set for the Linares-Lomachenko fight (May 12).

"Unfortunately, I must fulfill my commitment in the preparation of David Haye, so I proposed to Linares to move [his training camp] to London and here we could make the joint preparation of my two boxers. Everything will depend now on what [Linares' promoter] Mr. Akihiko Honda decides.

"Everyone knows that I took Linares on when he suffered three defeats, he was even with the best coaches [prior to me] and among them Freddie Roach. And with Linares we worked with a lot of love and sacrifice to bring him to this great moment in his career."

salas is doing what's best for his pockets, linares got no chance no matter who he trains with.

The timing of all of this is very poor. Linares has to find someone else.

The problem is Linares will have to be in London until one week before the fight. He's going to come back with a jetlag and then fight Lomachenko. I don't care how great your trainer might be, I wouldn't recommend…

[QUOTE=1hourRun;18587409]I don't know of too many elite fighters in the fight of their careers finding it acceptable to have a part-time trainer, I don't see Wilder-A.J-Canelo-Garcia-Pacman-Spence-Crawford doing this. Thats all I got to say.[/QUOTE] Actually, AJ's trainer is also the…

Man this is poor preparation if true. However, didn't Linares set up camp in London a long time ago? I thought that was supposed to be his permanent camp from now on.