Inoue: Images Of My Family, Son Got Me Through Trouble In 9th Round With Donaire

When Nonito Donaire nailed Naoya Inoue with a right hand in the ninth round of their fantastic fight, Inoue needed to summon some more strength to get through the most troublesome moment of his career.

Donaire’s picture-perfect punch, which landed with 1:52 to go in that ninth round, caused Inoue to lose his footing and made him try to hold his opponent. Inoue informed BoxingScene.com that thoughts of his family, including his 3-year-old son, helped him fight through that tense sequence.

Moving and holding eventually enabled Inoue to regain his senses.

“That counter punch that I took, it definitely affected me,” Inoue, who’ll face Jason Moloney on Saturday night, said through a translator. “But thinking back, I saw images of my family, of my son, and that’s what got me through it.” 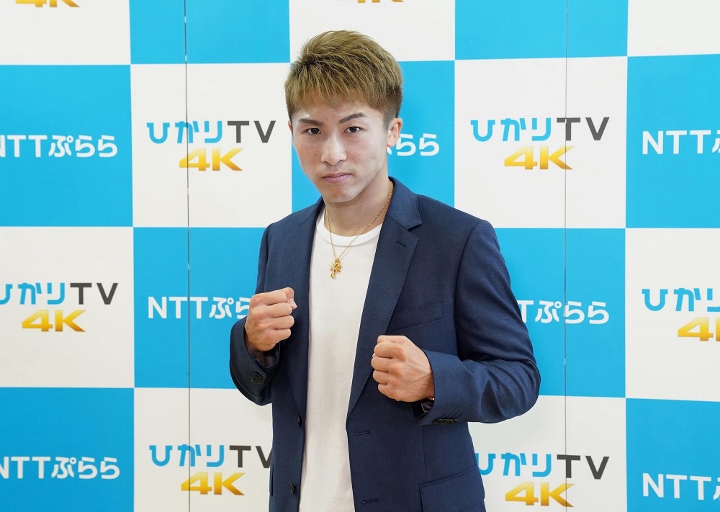 Inoue (19-0, 16 KOs) recovered from that punishing punch, made Donaire take a knee after landing a left hook to the body in the 11th round and won their 12-round bout by unanimous decision last November 7 in Saitama, Japan. Judge Robert Hoyle scored six rounds apiece for Inoue and Donaire (114-113), but judges Octavio Rodriguez and Luigi Boscarelli scored nine and eight rounds, respectively, for Inoue.

The Japanese superstar retained his IBF bantamweight championship, took the WBA 118-pound crown from Donaire and won the World Boxing Super Series’ bantamweight tournament. The Boxing Writers Association of America also voted Inoue-Donaire its “Fight of the Year” for 2019.

The 27-year-old Inoue suffered a deep, long cut over his right eye and a fractured right orbital bone during the second round of his victory over Las Vegas’ Donaire (40-6, 26 KOs). He went 12 rounds for just the second time in 19 professional fights as well.

“In that fight, I feel I proved myself, that I have the toughness within me,” Inoue said. “With the cuts, the broken orbital bone, everything else, and being able to go 12 rounds, it just confirmed my ability to be tough and work through that whole fight.”

Inoue will fight for the first time Saturday night since Donaire tested him nearly a year ago. He’ll defend his IBF and WBA belts against Australia’s Moloney (21-1, 18 KOs) in a scheduled 12-round main event ESPN+ will stream live from MGM Grand Conference Center in Las Vegas (7:30 p.m. ET; 4:30 p.m. PT).

[QUOTE=Phill lynott;20845275]I believe we watched a gem of a gift from the boxing gods with that fight. No matter age or what you want to put out there both fighters had probably the best fight of their careers! To stand…

it's always amusing to hear the boxing forum coach potatoes, try to point out the technical flaws of the p4p top #1-3 guy. inoue is the most offensive minded fighter in the sport of boxing today. and because he's pure…

I believe we watched a gem of a gift from the boxing gods with that fight. No matter age or what you want to put out there both fighters had probably the best fight of their careers! To stand tough…

[QUOTE=ThunderFists;20843975]Thats an absoloute load of ****. Inoue has concussive power for his weight class it doesnt matter how good your chin is, inoue can crack it. Donare fought as high as 126 or 130 i believe and was atleast 10-15lbs…

All hype, inoue has nothing on Prime Donaire.