Peter Fury, father and trainer of heavyweight contender Hughie Fury, says their team is not willing to wait beyond the end of Friday, to finalize a fight agreement with Dave Allen.

The two sides are at odds over the financial aspects. Hughie Fury is willing to take a smaller purse in order to make the deal cross over the line.

If they are unable to agree on the terms by the end of business on Friday, Peter Fury warns that a fight with Allen will never take place. 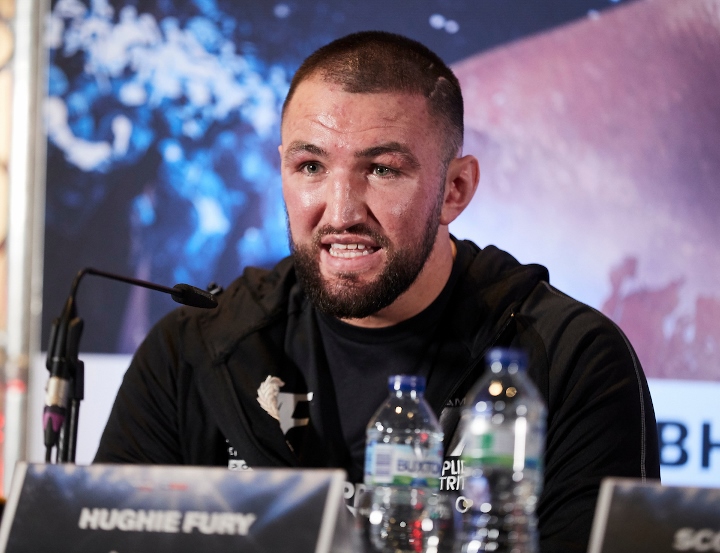 Peter Fury claims that Allen called out his son - but every time the contest is approached, he says Allen decides to go in another direction.

"Dave Allen, he offered Hughie out. He wanted it, so he did an interview at first, then Hughie responded and said: 'You haven't got to look too far, I'll accept it.' We got approached by our team and [they] said: 'He's looking for more money Dave, would Hughie take less, so Dave Allen can have more, so we agreed to do that, and now we're just hearing excuses," Peter Fury told Sky Sports.

"Maybe they can't go on this date, it's all cr-p to us that. We know all the negotiations in the background. Dave Allen has come up in the past, three times at least, to offer to box Hughie, and every time there's excuses. There's not going to be a fourth time. If we don't get confirmation on this by [Friday], Dave Allen will never ever share a ring with Hughie Fury, that's a promise."

According to Allen, he will gladly accept the fight if the money is right. He was not moved by the initial offer for the fight and is patiently waiting for an improved sum.

"I was offered the fight last week with an amount me and my team deemed not enough. Since then I personally have received no second offer and have been waiting to hear back some news on the fight chasing it up daily but no success yet," Allen said.

[QUOTE=Sayithowitisuk;20640703]Alot or fighter's, managers & promoters will have to start realising soon there is no money. Things won't be what they were for a long time.[/QUOTE] That's why promotete have to make 3rd tier cheap fights like fury:/Allan .. trouble…

FOTY candidate if it happens.

what sort of pressure was that, threaten to send the heavies round to his house and force him to eat wild boar

is Hughie Fury the ugliest active boxer? back end of a bus doesn't do it justice

They kept these guys but got rid of Hunter?