Hughie Fury: Anthony Joshua Has Never Fought Anyone Like Me!

The 23-year-old contender is looking to bounce back from his first career defeat, which came at the hands of then WBO world champion Joseph Parker last September.

Fury is back on May 12th, when he challenges Sam Sexton for the British heavyweight title in Bolton. 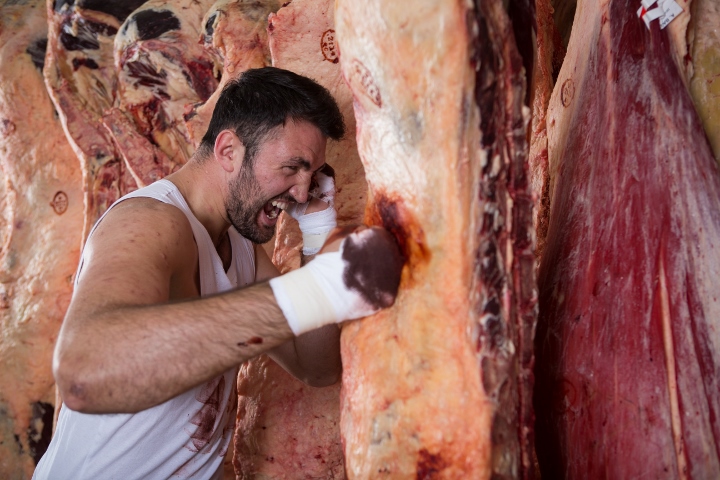 Parker used the win over Fury to move forward with a unification against Joshua back in March.

The British superstar won a twelve round unanimous decision to unify the four belts.

He hopes to show his worth against Sexton to make a proper statement regarding his worth in a potential fight with Joshua.

A solid win over Sexton, who won his last nine bouts and has gone undefeated since 2012, would place him on the right path for a much bigger fight.

"Joshua is world champion, so you cannot take anything away from him, but I fancy that fight," said Fury to Sky Sports. "After this, I'll be knocking on his door soon enough, if he's still got hold of those belts. The sooner the better for me. Hopefully it will come, get in the mandatory position, and then that fight will happen. I'm ready for that fight whenever.

"He's never fought anyone like me. No one has ever fought anything like me. A different type of heavyweight to what you're seeing, and you're going to see a different Hughie Fury again on Saturday night."

Fury expects to become physically stronger with time, and says his power will continue to gain steam as the years continue to roll past.

"Everything is there for me, it's just all fallen into place," said Fury.

"I've got everything, and the longer he leaves it, the worse it's going to be. I'm 23 and the older I'm getting, the more mature I'm getting. Heavyweights don't fill out until they're 26. I'm nowhere near my prime, but you see I've got the experience and everything behind me to be the world champion. When I do get them belts, my plan is to hold them for a very long time."

Does Hughie have any fans?

We are yet to recover from how you outrun Usain Bolt in the Parker fight. Please save your limbs...

We are yet to recover from how you outrun Usain Bolt in the Parker fight. Please save your limbs

Every human is unique so he may not have seen anyone like you just like he never saw a parker. But by going by triangle theories Josh beats fury. Parker best fury a nd Josh best parker