Bernard Hopkins and Juan Manuel Marquez were almost always going to be voted into the International Boxing Hall of Fame on the first try, no matter the voting criteria.

The biggest difference is they could be joined by a much larger class given the new voting criteria.

The aforementioned former champions are among a dynamite dozen of Hall of Fame-eligible boxers added to this year’s voting ballot. The crowded field comes as a result of several changes to the voting criteria, including modern-day participants now only having to wait three years into retirement to make their way to the ballot as opposed to the previous rule of a minimum five-year waiting period.

Hopkins and Marquez were going to be eligible for this year’s ballot even before the rule change. The amendment has sped up the process for—among others—Timothy Bradley and Shane Mosley, who under previous practice would not have been eligible for another two years. 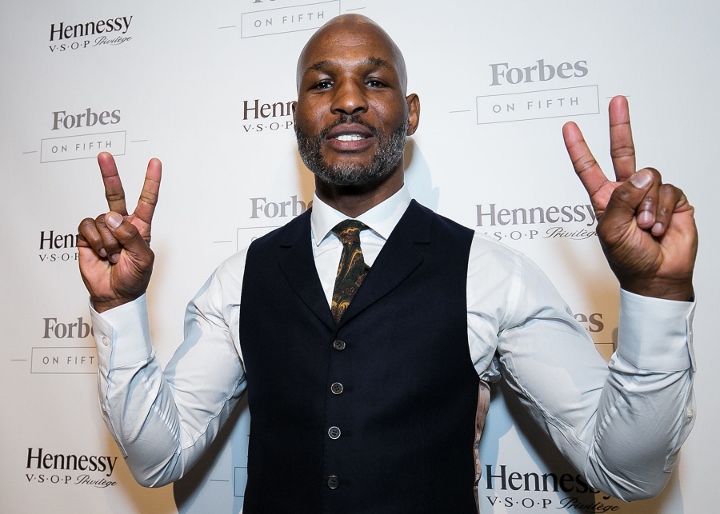 The list of this year’s male boxer additions to the voting ballot are (in alphabetical order):

Whereas in past years only the top three vote getters would gain enshrinement, the HOF brass finally caught up with the rest of the sports world and altered the criteria. Boxers will now be elected into the Hall of Fame on the basis of earning 80% or more of the total votes. The rule change also eliminates the cap on the number of elected athletes per voting class.

The extended number of first-time eligible participants also comes from this year’s rule changes. Previously, three (3) boxers at a time were added to the ballot since past athletes were permitted to remain under voting consideration for an indefinite period. Under this year’s amended rules, participants will only remain on the ballot for up to 10 years before being dropped. Any boxer who is removed following that period can gain re-entry upon consideration after a one-year absence.

Despite the expansion of first-time entries, there still remain several notable omissions. Among them are: Japan’s former two-division titlist Hozumi Hasegawa, whose last fight was in 2016; Mexico’s former lineal lightweight champion Jose Luis Castillo, who owns wins over Casamayor and Corrales, and whose last fight was in 2014; and Japan’s former junior lightweight titlist Takashi Uchiyama (last fight 2016), who made 11 successful defenses and spent most of the first half of the decade as the best 130-pound boxer in the world.

For the first time since the Hall of Fame was formed in 1990, there exists a separate category to elect eligible female boxing participants. Because of the time gap,  two categories have been created to honor the past great participants: Modern-Day (last bout no earlier than 1989) and Trailblazer (last bout no later than 1988).

Despite the new category, the females will be held to a modification of the old voting standards: voters can choose up to three (3) participants, with the top two (2) vote getters to join the Class of 2020.

Voters have until Oct. 31 to return ballots back to the HOF committee. The final election results will be announced in the first week of December. The Hall of Fame induction weekend—which will mark the 30th anniversary—will take place June 11-14 on HOF grounds in Canastota, New York.

[QUOTE=JLC;20132516]Incorrect. He "won" the belt against his controversial fight with Pacquiao that everyone knows he lost. He defended it against Provodnikov and JMM before losing it to Pac in the rematch. Marquez, however, was coming off the biggest win of…

[QUOTE=Sid-Knee;20129534] Yeah, lets get one thing clear.... You claim Bradley as having abetter resume than Froch which is sheer bullshlt of the highest order. Bradley wasn't the best in either of the two divisions he fought at. His title at…

[QUOTE=JLC;20111529]Let’s get one thing clear.... what I’ve said in all posts is that you either need to be the BEST in your division at a given point (really the best, not the beat in one persons opinion), or you need…

[QUOTE=buddyr;20102468]What about Holyfield?[/QUOTE] That dude shouldn't be in the hall either. We know by the evidence that he's been juicing since the move up to Heavyweight.

[QUOTE=Sid-Knee;20111308]Taylor was destroyed twice at his prime weight and forced to move up, even though the second fight was at SuperMiddle, and Taylor lost on points? Losing on points does not mean you were destroyed. And even if he was…