There was a purse bid held on Thursday, with only one bidder in the race, Sampson Boxing. 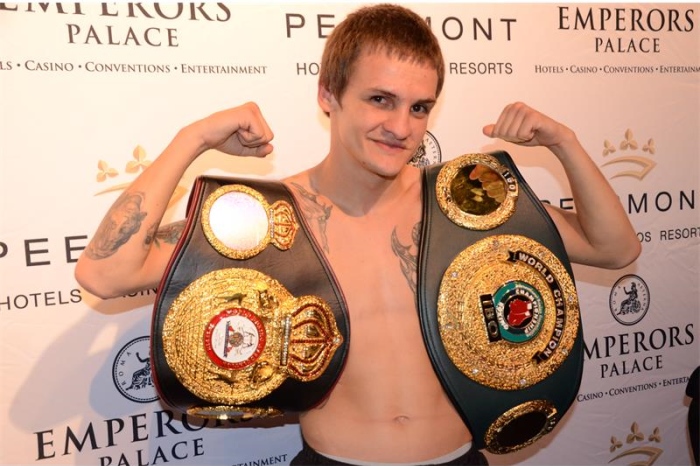 The sanctioning body advised all parties that the executed contracts for this bout must be submitted to their office within 15 days of the purse bid or no later than July 20.  The fight must take place by October 5.

Budler (32-3, 10 KOs), who was coming off a split decision loss to Milan Melindo, pulled off a big upset in May, when he traveled to Japan to win a twelve round unanimous decision over Ryoichi Taguchi to capture the IBF, WBA, junior flyweight world titles.

The victory made Budler a two division world champions, as he previously held the WBA, IBO world titles at 105-pounds - and lost those belts in a big upset to Byron Rojas in March of 2016.

Alvarado (33-2, 29 KOs) has a lot of power in both hands. He's fought between the junior flyweight and flyweight divisions for the last few years. He's knocked out his last nine opponents - all within the first three rounds of action.

He's won fifteen fights in a row after suffering back to back twelve round decision losses to Juan Carlos Reveco and Kazuto Ioka back in 2013/2014.

Was there no minimum bid required by the IBF? $25,000 for a world title fight, regardless of weight, is insulting to the fighters.

I'd imagine he'll drop the IBF rather than risk his health and safety for peanuts. His own team didn't even submit a bid.

Geez, the smaller weight class fighters certainly don't get paid much. Always been that way. SMH

Got to give Hekkie some serious respect, he not only went and got it, he's on the road defending it. Show them how it's done.

so nobody thought this is a $26 000 fight! challenger's cut is just over 6K, after trainer,coach,manager,promoter,boxing license,taxes,what the hell is this guy fighting for?