The promoter and head honcho of Matchroom Boxing, who looks after ‘Mundo’, watched the WBA Super, Ring Magazine and WBC Diamond world super-middleweight champion keep hold of his belts on Saturday night.

Hearn was ringside at the M&S Bank Arena in Liverpool when, exclusively live on Sky Sports in the UK and DAZN Stateside, Smith won a lopsided decision against his mandatory challenger and fellow Brit, John Ryder, to keep his consensus status as the number one 168-pound fighter on the planet. 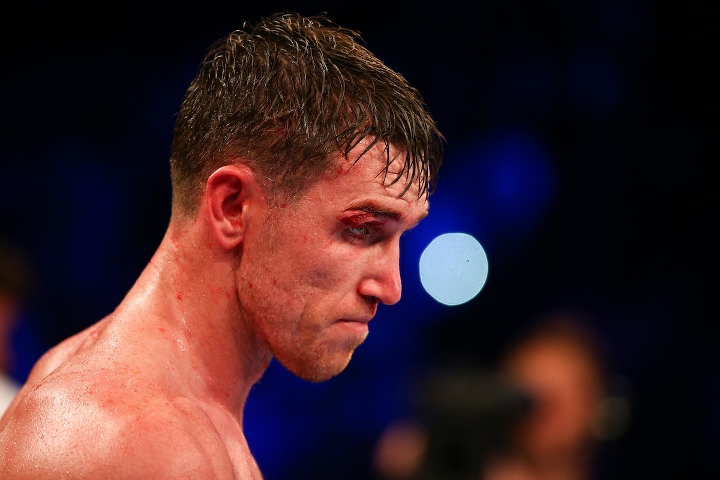 And after Smith was the winner against Ryder by margins of 117-111, 116-112 and 116-112, with Smith liking the idea of fighting at Anfield, the home of his beloved Liverpool Football Club, Hearn believes the fights will now be easier to come by.

“Sometimes when you don't put in a blistering performance, it makes it easier to make fights,” said Hearn, who had initially hoped to announce a date for a fight at Anfield after the fight on Merseyside. “I had text messages during the fight with people wanting the fight and you saw with Billy Joe Saunders putting in a bad performance before his knockout two weeks ago that the phone has started to ring.

“It was never going to be an easy fight for Callum and John was excellent while proving that he 100 per cent belongs at this level.

“It’s now about working it out and making sure Callum is in the career-defining fights with the big names he so craves.”

Ryder felt somewhat hard done by after being on the receiving end of what some would describe as wide scorecards.

But he is pleased with what the performance has done for his profile and believes he will now be able to build on it in the future.

“I feel like it was harsh,” he said. “I felt like I forced the fight and I think I did more than enough to show that I'm credible for this level.

"I'll come again and be better when I come back."

[QUOTE=Mammoth;20211783]Yep. Make those bums fight then Ryder can get a shot at the unified titles.[/QUOTE] Actually, from hearns' perspective, that's probably a good series! Smith won't take the fight with Saunders though.

[QUOTE=The3;20212403]Demetrius Andrade should go for it[/QUOTE] He aint no big name. Although as a guy who think both these guys are among the most overrated top ten ranked guys in boxing today I relish the opportunity to hear one of…

[QUOTE=SchoolTheseCats;20211586]Why would they come calling when they just saw how Ryder just was robbed[/QUOTE] Lol yea they need to be calling Ryder not Callum. Hopefully Ryder gets a big fight off of this not f#cking Callum's overrated ass. Hogan parlayed…

Demetrius Andrade should go for it