Joshua’s promoter also acknowledges that the British superstar might not make that mandatory defense of his IBF heavyweight title until November. Whenever Joshua-Pulev takes place, it won’t happen without an audience, which Hearn thinks makes it increasingly unlikely that it’ll be staged in the United Kingdom.

Hearn explained how he is handling the Joshua-Pulev situation to Chris Mannix during the newest episode of the Sports Illustrated boxing podcast.

“It’s the fight that I see happening,” Hearn said. “You know, we’re all working together for other alternatives. We got approached from an amphitheater/coliseum in Croatia last week, and some guys who wanted to bring the fight out there. The Middle East have shown interest in that fight as well. We really wanted to do that fight in the UK. But it’s virtually impossible to do it. And to be honest, Chris, I don’t really wanna do an AJ fight behind closed doors. I just don’t think – you know, his whole career, his whole brand, hasn’t it, has been built on the fact that he is this huge draw. Tens of thousands of people, fireworks and ‘Sweet Caroline’ and screaming [fans].

“To go and do it in a dark studio, an empty hall, just wouldn’t feel right. So, AJ’s a little bit different, you know, in that there’s gonna be plenty of approaches and there has been already about staging that fight [outside the UK]. So, I see AJ fighting anywhere between September and November, to be honest with you.” 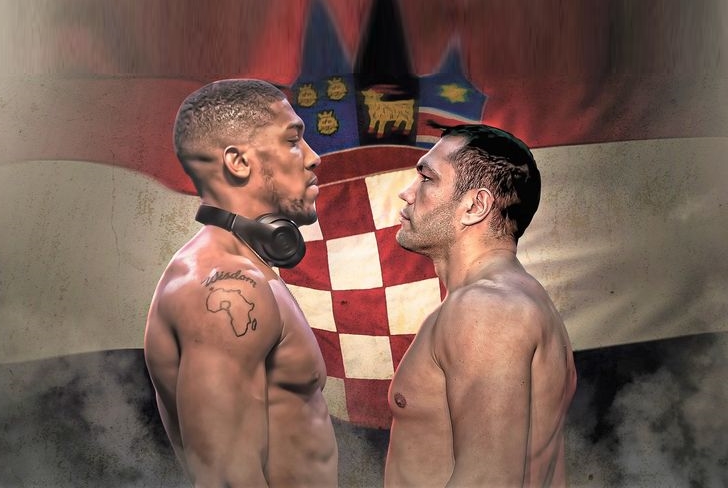 If Hearn takes Joshua-Pulev outside of the UK, it’ll mark Joshua’s third straight fight away from his homeland. His past two fights – a seventh-round, technical-knockout loss to Andy Ruiz Jr. and a unanimous-decision defeat of Ruiz in their immediate rematch – were held in New York and Diriyah, Saudi Arabia, respectively.

Joshua last boxed in the UK in September 2018. The IBF/IBO/WBA/WBO champion stopped Russia’s Alexander Povetkin (35-2-1, 24 KOs) in the seventh round of that fight at Wembley Stadium in London.

Beyond eliminating the atmosphere, Hearn is opposed to putting on a Joshua fight without fans because he doesn’t want to sacrifice substantial revenue from the live gate.

“Wilder and Fury have the same problem,” Hearn said, referring to their third WBC heavyweight title fight. “They’re gonna wanna generate a $10-$15 million gate. So, they may look internationally for that fight as well. And obviously, the winners of those fights must fight each other.”

Agree with most posters...just get over with this lacklustre fight for more interesting stuff...Fury or Wilder or Ruiz Jr. I am not sure even Usyk will be a good fight. Nothing against Usyk, he's great, but not just a proper…

[QUOTE=theface07;20571354]You need financial backing to be taken seriously. What don't you understand about that? How are you going to put any pressure on promoters/networks if you have no power or influence? It would be no different that some random guy…

[QUOTE=ShoulderRoll;20570004]Legitimacy will come from the people, the boxing fans themselves. As long as the union represents them right. The goal isn't to make any money so no financial backing is needed. It would simply be an outlet to provide a…

[QUOTE=ShoulderRoll;20570049]I was mostly thinking of ranking fight cards but maybe services could be ranked too. Perhaps give them all a grade at the end of the year based on who gave better value for money. A poll would be perfect,…

[QUOTE=Marchegiano;20570019]Hmm By schedule or by name? The classic poll style doesn't apply I assume. Pac vs Money isn't a thing when saying who is worth watching; the answer is both. So how exactly would one conduct candidacy? Is it ever…