Eddie Hearn couldn’t believe what he was reading.

As Dillian Whyte’s promoter perused a WBC quarterly report issued by email Tuesday night, he noticed that the sanctioning organization ordered a heavyweight championship elimination match between Whyte, who’s ranked No. 1 by the WBC, and fourth-ranked Luis Ortiz. Hearn thought that was a tad odd because Cuba’s Ortiz got knocked out less than two months ago by WBC champion Deontay Wilder.

When Hearn spoke to WBC president Mauricio Sulaiman on Wednesday, Sulaiman informed him that Dominic Breazeale has been declared the mandatory challenger for Wilder. Sulaiman explained that Breazeale beat Eric Molina in a final eliminator November 4 on the undercard of Wilder’s first-round knockout of Bermane Stiverne in their WBC-mandated rematch at Barclays Center in Brooklyn.

That couldn’t be true, according to Hearn, because Sulaiman sent him an email before Breazeale (19-1, 17 KOs) stopped Molina (26-5, 19 KOs) that assured Hearn the Breazeale-Molina match was not a final eliminator. Hearn has a lot of time and money invested in Whyte becoming Wilder’s next mandatory challenger, and he understandably wants answers as to how the second-ranked Breazeale has been guaranteed a title shot next, when he is rated behind Whyte (23-1, 17 KOs). 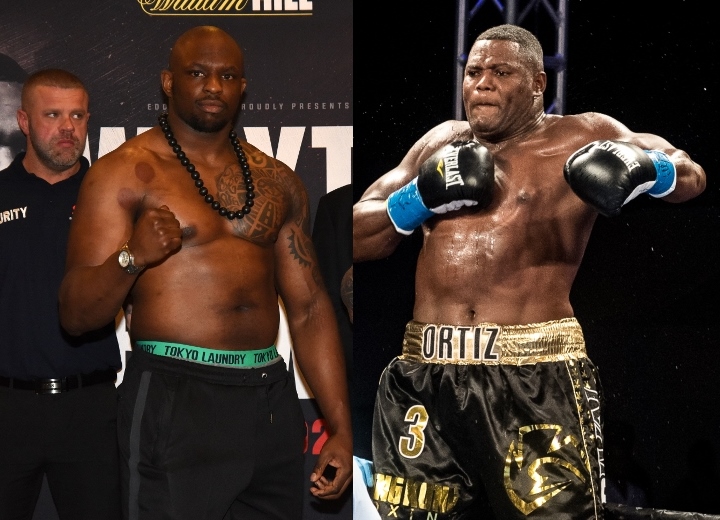 “It’s not corrupt,” Hearn told BoxingScene.com on Wednesday. “One of the problems with the governing bodies are they have so many big players and big promoters that they have to deal with and requests, they try and keep everybody happy. They try and give everybody an opportunity. What they’ve done here is they’ve tried to give someone an opportunity – they may have told Breazeale at the time it was a final eliminator. And then they’ve been put on notice, and then it’s not a final eliminator.

“But I’ve just wasted a lot of money and six, seven, eight months of Dillian Whyte’s career chasing down the mandatory, the No. 1 position in the WBC, whereas if I would’ve knew that this was gonna happen, I wouldn’t have bothered. I would’ve gone another route. I would’ve spent my money elsewhere, you know? So what I’m saying to the WBC is, ‘You can’t tell me that the fight’s not a final eliminator, let us chase that mandatory position – silver title sanctioning fees, big fights for the WBC – and then put us at the back of the queue and order a final eliminator against a guy that’s just been knocked out,’ to say, ‘Oh, that’s to the mandatory after the No. 2 gets his shot.’ ”

Hearn would’ve understood if the WBC simply would’ve allowed Wilder (40-0, 39 KOs) to make a voluntary defense against Breazeale because he satisfied his mandatory obligation by destroying Stiverne (25-3-1, 21 KOs) just 5½ months ago. He also understands the WBC wanting Whyte to earn his mandatory position, even against the recently-beaten Ortiz (28-1, 24 KOs, 2 NC).

Skipping over Whyte to reward Breazeale bothers Hearn, though.

“We have no problem taking that fight, which is high-risk, if the reward’s there,” Hearn said regarding Whyte-Ortiz. “And the reward is that you are the mandatory for Deontay Wilder. We’re not the second mandatory [behind] a guy who’s just been made mandatory for no reason. So what I’m saying is, no problem, Wilder against Breazeale, do your thing in a fight no one gives a damn about. Right? But allow Ortiz against Whyte to be a final eliminator for the mandatory for the winner of Breazeale against Wilder.”

By bumping Breazeale ahead of Whyte, into the mandatory position, it theoretically would afford Wilder more time to fight the Whyte-Ortiz winner because he will have satisfied his mandatory obligation against Breazeale sometime this summer.

Of course, this all could become a moot point if Hearn, Al Haymon, who advises Wilder, and Shelly Finkel, Wilder’s co-manager, put together the heavyweight fight everyone really wants to see – Wilder against Anthony Joshua. Lou DiBella, who has promoted many of Wilder’s fights, told BoxingScene.com on Wednesday that Wilder’s team has sent Hearn, who also promotes Joshua, an offer that would guarantee Joshua an astounding $50 million purse to fight Wilder next (https://www.boxingscene.com/team-wilder-send-50-million-offer-joshua-unification--127535).

BoxingScene.com’s interview with Hearn took place Wednesday before that $50 million offer was made public. Regardless of whether the Joshua-Wilder fight happens next, Whyte has another option for his planned July 21 return at O2 Arena in London.

The Jamaican-born, London-based Whyte could battle Bulgaria’s Kubrat Pulev (25-1, 13 KOs) in an IBF elimination match to determine the mandatory challenger for one of the four titles Joshua owns. As much as Whyte wants a shot at Wilder, he also seeks a rematch against Joshua (21-0, 20 KOs), who stopped Whyte in the seventh round of their December 2015 fight at O2 Arena.

“We’ve also got a final eliminator with the IBF, that we’re also negotiating with Kubrat Pulev, to be the mandatory for Joshua,” Hearn said. “But we’ve spent all our time and money to pursue the [WBC], to pursue Deontay Wilder. And now they’re blocking us because they don’t want us, I’m talking about Wilder, don’t want Whyte to be the mandatory, to get his shot. That’s the truth.”

If Whyte-Ortiz materializes, Hearn is certain it would sell out the O2 Arena.

“He calls me like a hundred times a day, asking, ‘What the f***’s going on?’ And this has pissed him off because we’ve been chasing Wilder, we’ve been chasing that No. 1 spot. We are No. 1. So now you went No. 1 against No. 4 in a final eliminator and make No. 2 the mandatory.”

[QUOTE=genrick;18710640]The obvious question fans have been demanding an answer to is, why is Wilder scared to face Whyte? He was offered $4 million and he prefers to fight other fighters for $1 mil. Something doesn't add up.[/QUOTE] Well that's your…

[QUOTE=vital1983;18712874]You hadn't a clue until somebody else gave a breakdown.[/QUOTE] Pretty sure I covered it in a earlier thread by MCC before this one when Whyte took to twitter to cry about it. Was there a need to bump this…

[QUOTE=1hourRun;18708093]Its very simple pal, Breazeale was sure to get the shot provided he beat Stiverne ; that was the initial agreement -- when Stiverne no longer is available Eddie himself approached Dominic and offered to fill in on the undercard…