Hearn: Garcia-Vargas Show Probably The Deepest We Have Put Together

At some point, Eddie Hearn will be able to take a step back and admire some of the work he’s produced in recent years.

Until then, it’s business as usual for the managing director of Matchroom Boxing and arguably the hardest working major promoter in the world. Of course, the next show in store- a loaded February 29 DAZN-streamed bill in Frisco, Texas—gives plenty of reason to continue to with the current model.

“It’s amazing to be able to keep doing these shows,” Hearn told BoxingScene.com. “In particular, the February 29 card is probably the deepest show that (Matchroom Boxing USA) has put together.” 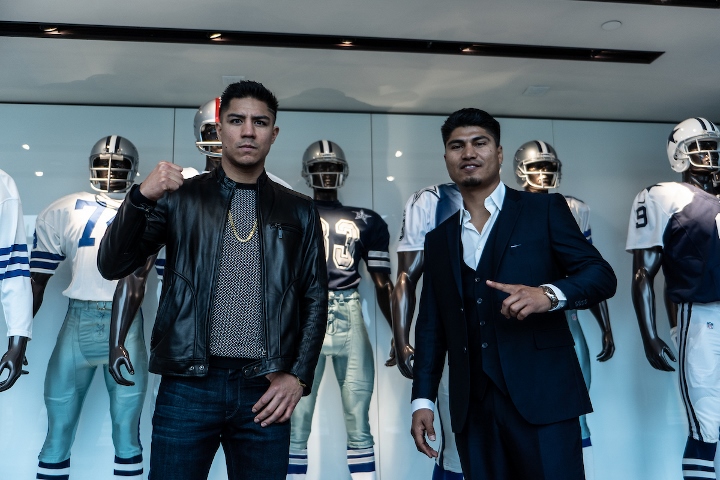 As previously announced, the show is topped by a welterweight heat between Mikey Garcia (39-1, 30KOs) and Jessie Vargas (29-2-2, 11KOs). Two major title fights grace the undercard of the former multi-division titlists, with England’s Kal Yafai (26-0, 15KOs) putting his 115-pound crown at stake versus future Hall of Famer and former four-division champ Roman ‘Chocolatito’ Gonzalez (48-2, 40KOs) in the evening’s chief support.

Mexico’s Julio Cesar Martinez (15-1, 12KOs) already makes the first defense of the flyweight belt he claimed last December on DAZN, as he faces Jay Harris (17-0, 9KOs), an unbeaten Welshman coming off of a breakout 2019 campaign.

The show comes on the heels of the aforementioned Super Bowl show in South Beach, which featured three title fights—including two new champions crowned in Joseph ‘JoJo’ Diaz and Madrimov’s stablemate Murodjon ‘MJ’ Akhmadliev—along with seven-division titlist Amanda Serrano in a non-title fight to set up the biggest fight of her record-setting career.

With these deep cards requires deep pockets to continue to properly fund—which bears the question, just how much longer it can last.

“As long as DAZN keeps paying the money,” quipped Hearn. “For the moment, it’s all good. But we really look forward to the February 29 show… and when that one’s done we won’t have much time to celebrate because we’ll be planning the next few after that.

“We’re finalizing end of March and planning out April and May, which we will be releasing in the next couple of weeks.”

Fan boys for different platforms is idiotic. Their always complaining about BS. PBC is better, no Dazn is...pffft

You must be the author of this trash article lol

[QUOTE=greeneye99;20382716]No one said Big card dumb ass Deep card... There's a difference Troll[/QUOTE] It's goofs like you who have ruined boxing by willing to accept **** cards. Defending this makes you the troll you loser.

It's a deep card and I'll be tuning in

Canelo-GGG 3 has lost it's luster after GGG last performance. There's no threat to Canelo. That leaves GGG open to do what he does best...fight bums.