Hearn Expects Joshua's Camp To Be Smoother For Pulev Fight

Joshua will defend his belts against Pulev on June 20th in London.

In facing Andy Ruiz, especially the first time around, Joshua had a tough time getting ready. Ruiz took the first fight on late notice, after the original opponent, Jarrell Miller, was pulled from the contest for failing several pre-fight anti-doping tests. 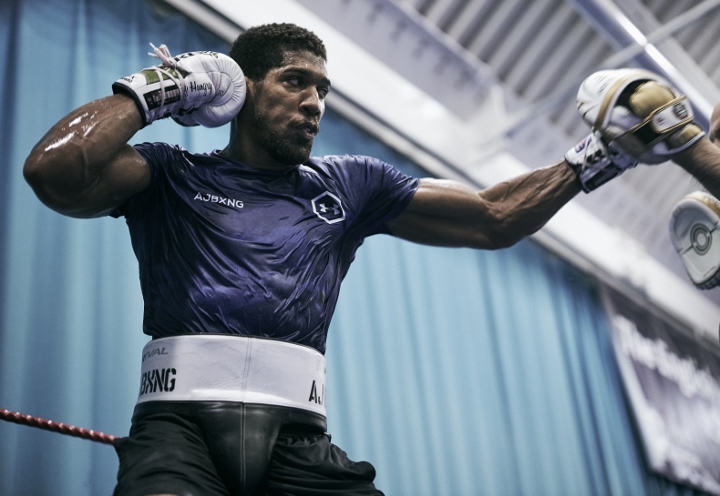 Because of Ruiz's unique physical attributes and skills for a heavyweight, Joshua's team had a tough time securing proper sparring partners.

Hearn expects a much easier camp, in terms of getting prepared and securing sparring partners, for Pulev.

"It's a lot easier for Pulev than it was for Ruiz Jr, who was an unorthodox style," Hearn explained to Sky Sports.

"Ruiz Jr is 6ft 19st and very fast. His hand speed and technique is almost unheard of. Pulev? More straight up and down. Great right hand, technically good from an amateur perspective. He's been around, has boxed Wladimir Klitschko and been unbeaten for a long time. It will be easier to determine sparring partners.

"I leave [the camp details] to [Joshua's trainer] Rob [McCracken] and AJ. They are a team and they put the team in place with a view to perfection. Last time they got it spot on with Joby and Angel, great additions. It's a process of improvement - adding things to the team that will get you to the top. AJ is really tough to beat whether it be against Pulev, Fury or Wilder. He is going to take all these big fights."

Didn't Klitschko knock Pulev down in around 1 minute (1.07) of the first round? and then again a second time in the first round? He then played with him before KOing later in the 5th. And that was a 6…

[QUOTE=sledgehammer17;20458099]Ya carnt put muscles on chin and temple, let's see wot happens when he gets hit flush again.[/QUOTE] Gets hit flush where? If he gets hit in the temple likelihood he may fold as most fighters would but if you…

[QUOTE=thack;20458094]I suppose Hearn has to keep talking this bollocks as he's again like Joshua, nose pressed up against the window looking in.If anyone is still stupid enough to think that this is any sort of show (and i'm sure there's…

[QUOTE=MisanthropicNY;20458579]So now there's an implied excuse for why Joshua got sparked by Andy - he didn't have a smooth training camp, got it. At least that's not as bad the ole' 45-pound Black Panther costume weakening his knees excuse.[/QUOTE] AJ…

Ruiz had all the tools to beat Joshua - the main one being he could take Joshua's power and so could throw punches when AJ threw his. Joshua should beat Pulev fairly easily. This fight will tell us if Joshua…