Haye: You Saw Lopez-Loma? Chisora Will Do Same To Usyk!

Haye, who manages Chisora, unified world titles at cruiserweight and then made the jump to the heavyweight division to capture a world title.

Now Usyk, who unified the cruiserweight division in 2018, aims to make the same attempt. 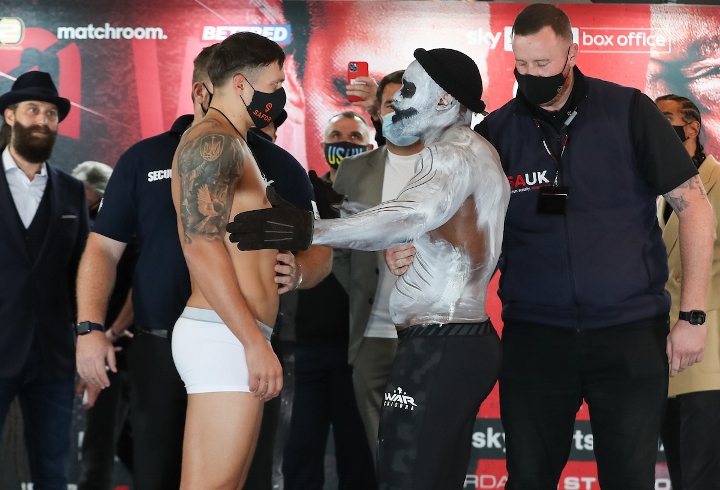 But Haye believes Chisora will create the next shocker of the month.

Two weeks ago, Teofimo Lopez upset the odds when he pulled off a twelve round unanimous decision win over Vasiliy Lomachenko, who happens to be a very close friend of Usyk.

Haye and Chisora paid a lot of attention to that fight and the outcome.

"You saw what happened when Lopez fought Lomachenko the other week, when size negated a skill set, and this will be the same," Haye told Nick Parkinson.

"Usyk did everything at cruiserweight, he was a unified champion and beat all the other champions. He has shown what he can do at cruiserweight but that's against guys who are 200 pounds.

"A fully firing Derek Chisora that we saw against David Price, Artur Szpilka, has punching power at heavyweight. Usyk on the other hand didn't look like a guy that wanted to make a statement at heavyweight against Chazz Witherspoon.

"He will want to up his game this time around and stake his claim to challenge for the WBO title, he will want to make noises, but can he deal with the power and size and work rate? I don't think he can do it. Derek will grind him down and knock him out. I think Derek will provide a seismic upset."

[QUOTE=Winky-Wright;20848920]I have a feeling it will be a boxing masterclass from USYK tonight.[/QUOTE] That’s my guy feeling also

chisora wont be an easy nights work, hes in the form of his life at the moment and outboxed dillain whyte for most of the two fights