Hart: My Power's Not Being Taken Serious In Joe Smith Fight

The veteran light heavyweight knows it’s the safest, smartest path to victory for him. There are just times when Hart wants to go at it, even against a supposedly superior puncher, because he feels obligated to entertain fans that pay to watch him fight.

The Philadelphia native figures that urge will overcome him at some point during his fight against Joe Smith Jr. on Saturday night in Atlantic City, New Jersey. Smith is generally regarded as the harder puncher in a main event ESPN will air from Etess Arena at Hard Rock Hotel & Casino. 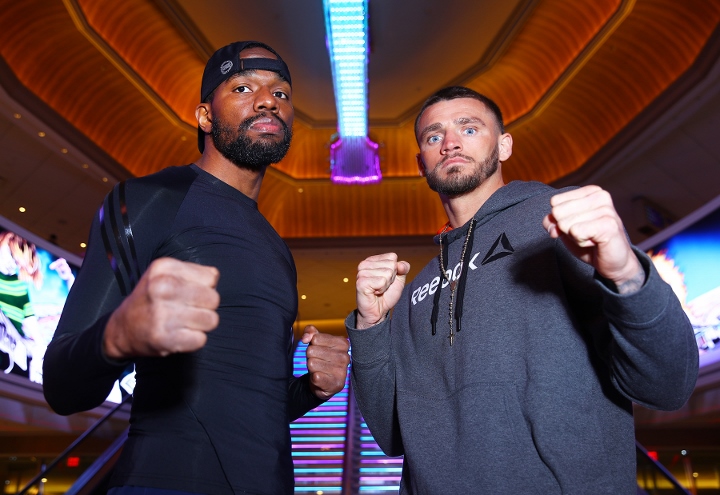 That perception irritates Hart (26-2, 21 KOs), even though handicappers have made him a 4-1 favorite to beat Smith (24-3, 20 KOs) in this proverbial crossroads encounter between 30-year-old contenders seeking another title shot. The closer Hart gets to their fight, the more inclined he is to trade with Smith, who ended the Hall-of-Fame career of Hart’s idol, Bernard Hopkins, when he knocked Hopkins out of the ring and out of boxing three years ago.

“My trainer’s telling me to box,” Hart told BoxingScene.com. “Bernard’s telling me to box. Everybody can tell you, but if someone tests you as a man, I can prove it to him that I can punch. We’re gonna have to see. I know I can punch. He know he can punch. But everybody keeps saying, ‘Oh, Jesse, box him.’ I’m feeling like my power is not being taken serious here. I’ve got power. I’ve got more knockouts than him. How’s my power not taken serious here? You know what I mean? I’m starting to feel like that, even being a 4-1 favorite, even though I don’t get caught up in all that.”

The more Hart hears how he should take a cautious approach against the rugged Smith, the more he wants to knock out the Mastic, New York, resident.

“People keep continuing to say that, ‘Oh, Jesse, just box and it’ll be an easy night. But if you don’t, he’s a hard man,’ ” Hart said. “It’s like, ‘I’ve got power, too. You forgot?’ Let’s not get too ahead of ourselves and forget that Jesse has a right hand and a left hook that’s devastating, too. Don’t keep saying that.”

I think it's mostly cause he's coming up from SMW and hasn't stopped anyone at LHW yet. I dont doub't he could stop Smith but it seems a bit overly risky. Hart looks like a good boxer puncher a level…

This a good fight