Golovkin's Promoter: Charlo Fight is Not Going To Happen

A massive shakeup has been occurring around boxing in regards to network implications with especially influential consequences in the middleweight division. We’re about two weeks removed since Canelo Alvarez rocked the sporting world that reached more than just casual fans – it made international financial headlines. The new streaming service DAZN offered to American audiences (as well as Canada, Japan, Germany, Italy, Switzerland, and Austria) had finally made a splash with a record shattering deal that genuinely could alter how boxing contracts are negotiated, both on an individual level for fighters and with their promoters, should they have one at the time of signing.

While trickle down economics didn’t work for the Bush administration, Gennady Golovkin’s promoter Tom Loeffler is banking it will in his case when he told BoxingScene.com/NoSparring: “Look, Triple G is the biggest free agent in boxing.” No boxing promoter has sustained as much bad luck in the past thirteen months as Tom Loeffler, with the exception of perhaps Teiken president Akihiko Honda. Both promoters have seen their fighter’s ascend to the number one rated position in the pound-for-pound rankings and both have seen them fall on the scorecards.

In Tom’s case, he had a legitimate beef to make with the judges scoring a year ago that had again sanctioned boxing to the depths of confusion, disbelief, and disgust for many fans and media alike. A month ago, history didn’t quite repeat itself but his fighter was again on the other side of a decision. The biggest difference between Tom’s case and that of Mr. Honda’s was that Golovkin was earning millions more and a legitimate main event showcase while Roman Gonzalez was actually his undercard fighter. The irony that both former kingpins fought on the same cards shouldn’t be lost on you as I know both promoters have seen the mutual disappointment on each other’s faces now more than once. 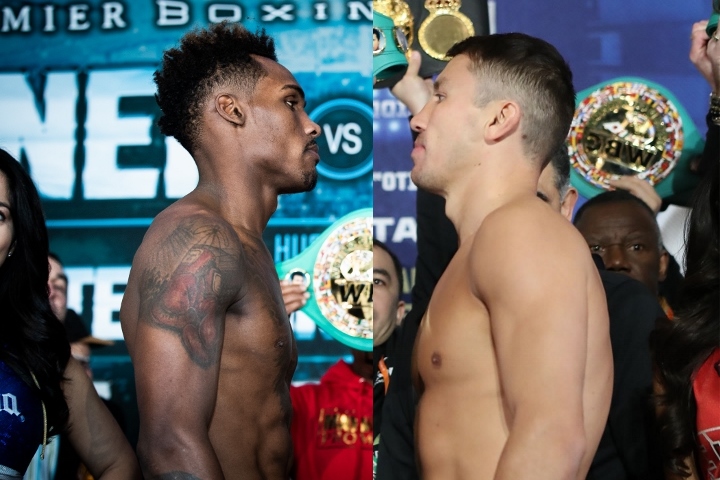 Last weekend, Mr. Honda’s cash cow Ryota Murata, a recognized superstar in his home country, was on the verge of gaining a level of popularity unheard of for boxers or any athlete in Japan since maybe Ichiro. Murata needed to win in order to seal the Tokyo Dome deal for his promoter and Tom Loeffler. The payout would’ve been a cool eight figure payday for each fighter with the exact amount a bit of a mystery. Even the official amount Murata was earning for his matchup with Brant turned into a good ‘ol fashion game of telephone amongst the Japanese media. Members from Muata’s American promotional partner were also unable to help solve that riddle with confidence and it wouldn’t be unlikely that they too didn’t know though they truly didn’t need to.

With Murata losing, and Tom ringside along with Mr. Honda at The Park MGM in Las Veas, the wheelers and dealers now have to go back to the drawing board to decide as much of the fate as is in their power for their aging middleweights, both of whom are coming off of losses and both of whom are the number one sources of income for their promoters.

Tom Loeffler: ESPN is there. DAZN is is an option. We’re considering both.

BoxingScene.com/NoSparring: How about Jermall Charlo and Showtime? You could do a one and done with them.

BoxingScene.com/NoSparring: Well it seems like DAZN has the best opponents available for GGG.

Loeffler: We will be talking to DAZN.

BoxingScene.com/NoSparring: I was told by DAZN CEO James Rushton that future boxing deals would have to be made through Oscar or Eddie.

Loeffler: They called Oscar, they can call me.

BoxingScene.com/NoSparring: James said that was a special circumstance because Oscar and Eddie were in competition and now they’re partners so he prefers to let them handle the boxing side of the business as opposed to him or Skipper.

Loeffler: Then Triple G can fight on ESPN.

BoxingScene.com/NoSparring: To fight who? There’s nobody there.

Loeffler: It doesn’t matter. Triple G is the attraction. DAZN is going to have to call me if they want him. Who is Canelo going to fight?

BoxingScene.com/NoSparring: He could unify with Jacobs.

In fact, James Rushton was in town for the Murata fight and likely could have met with Tom that weekend to make an offer and start a dialogue. Had Murata, a -750 favorite, handled his opponent successfully, Golovkin was all but guaranteed to face him next on ESPN, as Murata has a co-promtional deal with Top Rank, who in turn is exclusively aligned with the network. Murata losing probably makes any potential deal with the DAZN platform easier to make.

Tom does have a great point. Golovkin averaged 1.249 million viewers, peaking at 1.361 million viewers for his knockout performance against the lesser known Vanes Martirosyan, and that was on premium cable. Put one of his fight’s on ESPN and it’ll smash that number to bits. Knowing the ratings impact that Golovkin could have, ESPN, with the help of Bob Arum, could make it worthwhile for Tom to bring the “Big Drama Show” to a sports network with a household reach that has tens of millions more than that of the still very new streaming service still working on a few kinks. Couple that with the fact that ESPN is 80% owned by parent company ABC, and could theoretically put him on basic cable should the right opportunity present itself, and suddenly a Canelo trilogy might not be so necessary after all, at least from a financial standpoint, considering Tom, and a number of boxing media members more senior than I, already thought Golovkin defeated Canelo twice.

Maybe if Rushton or Skipper don’t call, Jimmy Pitaro will? Maybe he already has?

Following a fight that cost him and his client millions of dollars and a very unique international matchup, I expected or could’ve otherwise understood to have encountered someone in Tom’s position to be more pessimistic or perhaps disgruntled. The professionalism that I encountered along with the matter of factness was that of someone who helped me understand further how promoters like him and Akihiko Honda, and also Bob Arum for that matter, all of whom this writer had the privilege of seeing and speaking to this past weekend, can survive and even flourish in a sport that has more than it’s share of unexpected results. You just have to roll with the punches.

[QUOTE=kafkod;19230477]Why should GGG fight Charlo? There is nothing in it for him. He has no title to lose if he turns it down [B][I]and Canelo is going to fight whoever he wants to fight from now on![/I][/B][/QUOTE] Titles and money,…

it is official..... Golovkin ducked Charlo

[QUOTE=Real boxer;19246806]Look at your question again. “Why are fans of certain fighters so against thier fighters fighting the fights we all want 2 see?“ Floyd fans started the whole nonsense of “who has he fought to deserve it?” They piggybacked…

[QUOTE=uppercut510;19247111]im a floyd fan and ive never said that, for those who do, i dont agree with the sentiment,,, seems like when u bring up good fights this question always comes out.[/QUOTE] Ive seen it since I joined this site…