Golden Boy Prez: Canelo-GGG is Bigger The Second Time Around

The two boxers will engage in their rematch on September 15th in Las Vegas at the T-Mobile Arena. 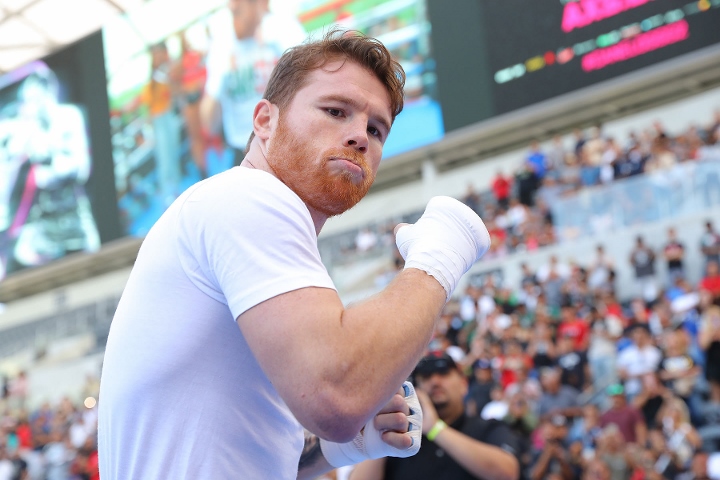 Sunday's open workouts were the first time during the ongoing promotion that both boxers had appeared together and the turnout showed that this is still the biggest event on the boxing schedule for 2018.

"It's always been a big event but as we get closer is when everything starts coming out, a lot of the promotion kicks in, the marketing kicks in and obviously we always planned on doing a big workout for both fighters and I'm just glad it turned out great,'' said Eric Gomez, the president of Golden Boy Promotions, to BoxingScene.com.

Last year's event did over 1.3 million pay-per-view buys and generated the third highest gate in Nevada history at just over $27 million dollars. With a few week left till the first bell rings for the rematch, plenty of tickets still remain unsold but Gomez believes that interest in this fight is higher than it was last year.

"It's greater," he stated, "The controversy, people having to wait, it's peaked now and I think it's a lot bigger event now."

The two boxers were initially set to fight on May 5, as part of Cinco De Mayo weekend. But Canelo tested positive for the banned substance clenbuterol back in February, and was forced to withdraw from the date after being hit with a six month suspension from the Nevada State Athletic Commission.

It doesn't matter if it is bigger, it matters if it is better.

Yeah Golden Girl, that’s what you’re hoping for. Until Canelo gets ktfo !

There were not so many people watching work out, he's just sugar coating.

I actually think the hyped died this time around because of the crap Canelo got himself in. If they would've had the fight May 5th, done the press conferences and tours, this would've sold more that time around. But the…

That's what happens when you create controversy by paying off judges and then use peds for the rematch. Brilliant plan